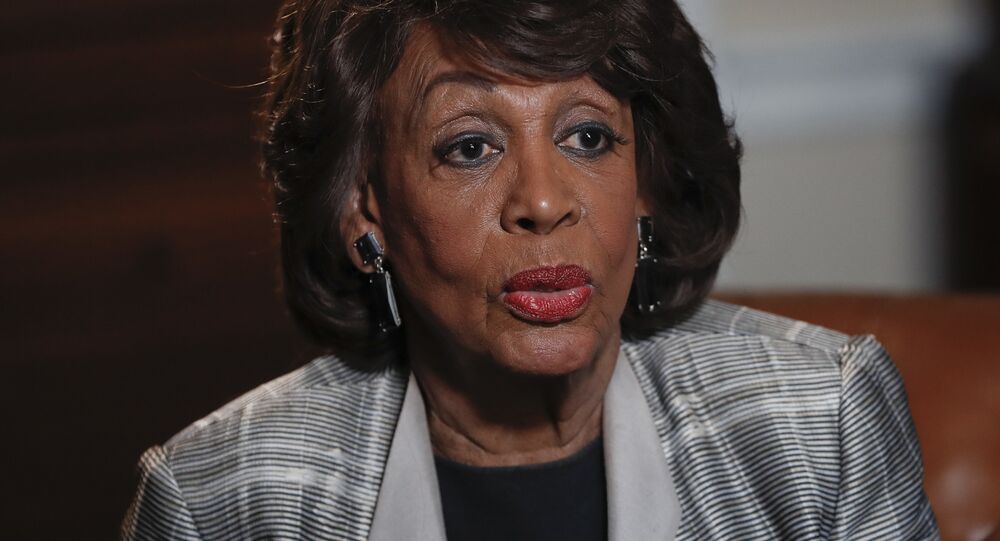 Continuing her longtime feud with Donald Trump, US Representative Maxine Waters (D-CA) didn’t mince words while addressing last week’s meeting between the US president and his Russian counterpart Vladimir Putin in Helsinki.

During her appearance on MSNBC’s “AM Joy,” Waters laid out her own version of what happened behind closed doors at the US-Russia summit in Helsinki, claiming that Trump was Putin’s “apprentice.”

“In fact, for months I’ve been trying to tell the American public that this president is dangerous [and] that he’s in bed with Putin. […] This president, I believe, has promised him [Putin] that, once he was elected, he would get those sanctions lifted. I think he is Putin’s apprentice. He’s been under his tutelage for a long time now,” the democratic representative alleged.

Social media burst with reactions as many supported her, saying that she was a “strong woman who knows the truth” and kept tweeting cheerful gifs and pics:

I know it, I just watched her and goddam I love that woman!! @RepMaxineWaters She is a true patriot and a strong woman who knows the truth and always speaks it to the American people, thank you so much🇺🇸

She is a strait shooter! pic.twitter.com/NFPljtmSje

Maxine Waters is a true soldier of democracy. She laid out what Trump & Putin talked about in secret: Trump has promised to lift the sanctions in exchange for the help Putin gave him in winning the election. Trump will keep trying to soften up America to throw out the sanctions

Others, however, dismissed her public statements, highlighting her constant “disrespect” of President Trump, with some even suggesting that she was “the devil’s apprentice”:

And I think @MaxineWaters is the devil's apprentice

Maxine Waters is a disgraceful representative that has no right to be representing our government! She consistently lies & continually is disrespectful to the President of the United States 🇺🇸! #WalkAway #WalkAwayNow

I think you're the devils apprentice. Would you rather us go to war with Russia, or try to get along with them you mental midget? See folks, it's people like mad max here that give credence to the hashtag #LiberalismIsAMentalDisorder #VoteRed #MAGA

Nearly a month ago, Waters, who has on multiple occasions called for Trump’s impeachment, stepped up her anti-Trump rhetoric by encouraging her supporters to take action and confront members of the current administration. Her remarks were perceived by some as a call to violence, which prompted POTUS to take shots at her on Twitter, while dismissing her as a “low-IQ individual.”

Congresswoman Maxine Waters, an extraordinarily low IQ person, has become, together with Nancy Pelosi, the Face of the Democrat Party. She has just called for harm to supporters, of which there are many, of the Make America Great Again movement. Be careful what you wish for Max!

President Trump has received an avalanche of criticism over his first full-fledged meeting with Putin last week, which they both declared successful during a joint press conference. The two touched upon Russia’s alleged meddling in the US presidential election in 2016, with President Trump saying that he didn’t “see any reason why it would be [Russia].”

But just a day after the one-on-one summit, Trump was reportedly forced to backtrack on his support of Putin’s denial of meddling, claiming he had misspoken during the presser.

“The sentence should have been: I don’t see any reason why I wouldn’t – or why it wouldn’t be Russia,” Trump stated.

On the next day, CBS News aired interview with POTUS, in which he claimed that he held Putin personally responsible for election interference.