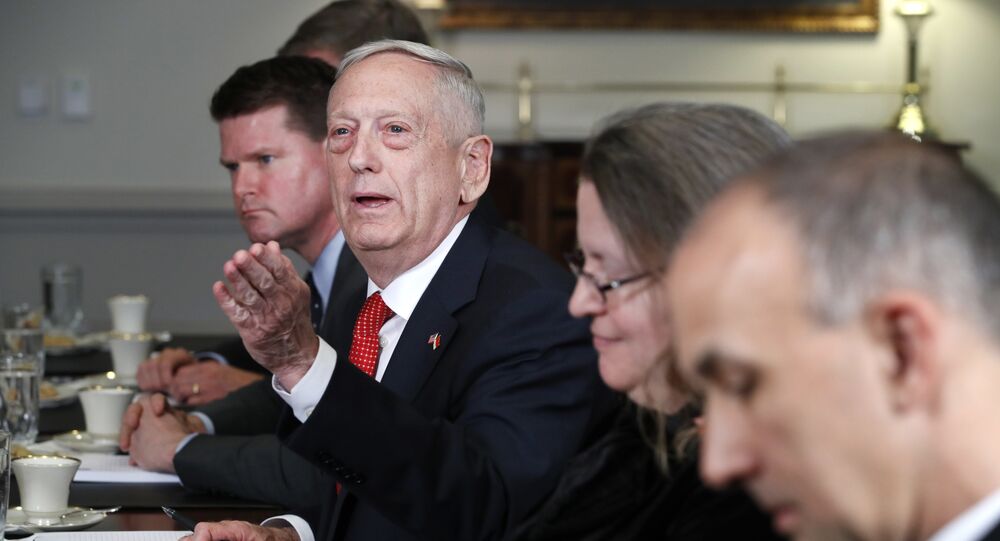 Ankara has been facing difficulties in its acquisition of the F-35 despite making all the necessary payments, including contributing to its development. The US Congress has attempted to block Turkey from obtaining the fifth generation jet, citing security concerns due to Ankara’s purchase of Russian S-400 air defense systems.

Secretary of Defense James Mattis has urged the House Armed Services Committee to greenlight the F-35 deliveries to Turkey, despite concerns regarding the human rights situation and an alleged authoritarian trend in the country's politics, CNN reported, citing a letter that Mattis has reportedly sent to the committee's chairman.

According to the letter, the secretary admits that he was aware of an "authoritarian drift in Turkey," as well as the human rights situation and the rule of law in the country, but still argued in favor of Ankara's receiving the fifth generation fighter. He also assured that the administration is pressuring Turkey to abandon the S-400 deal behind the Congress' efforts to block F-35 deliveries.

READ MORE: US Fears Russia May Get Access to F-35 Tech Via Turkey — Reports

Mattis motivated his position by warning that the exclusion of Turkey could disrupt supply chains for the construction of other F-35s, as certain parts for the jet are produced in the country. According to the US secretary of defense, replacing Ankara in those chains might take "approximately 18-24 months."

"At this time, I oppose removal of Turkey from the F-35 program […] removing Turkey could trigger a supply chain disruption for the US military and our partners, as well as increase other program costs," Mattis allegedly wrote.

Washington is opposed to Ankara's decision to purchase S-400s from Moscow. In mid-April, US Assistant Secretary of State for European and Eurasian Affairs Wess Mitchell said that Ankara's acquisition of S-400 air defense systems from Russia could negatively affect the delivery of fifth-generation F-35 jets to Turkey.

Congress has also expressed concern that if Ankara uses the S-400s, Moscow could obtain critical information that could help it defeat the F-35 and other sensitive data on NATO's military capabilities.

Turkish Foreign Minister Mevlut Cavusoglu has promised retaliatory measures against Washington if it blocks the delivery of the jets.

Russia and Turkey signed a loan agreement to supply S-400 air defense systems to Ankara in December 2017. According to a statement by the Turkish defense industry secretariat, two S-400 batteries are set to be operated and serviced by the Turkish military.