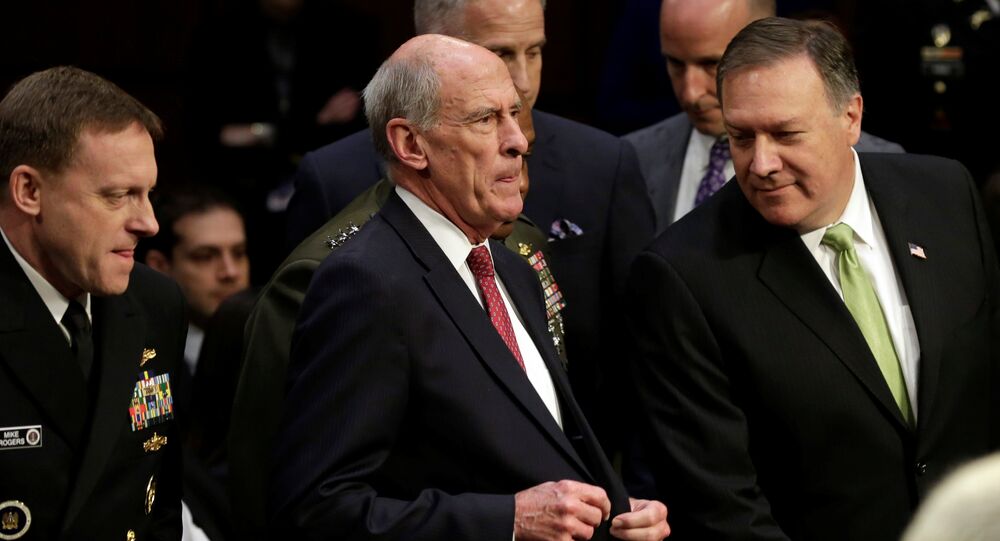 WASHINGTON (Sputnik) - US National Intelligence Director Daniel Coats said during a panel discussion that he does not know what exactly happened during the private meeting between US President Donald Trump and Russian President Vladimir Putin in Helsinki.

Coats said Trump had requested his opinion on the summit's format, but the intelligence chief would advised the meeting to be conducted in a different way.

When asked whether there is a risk that Putin could have recorded the private conversation in Helsinki, Coats said, "That risk is always there."

© REUTERS / Grigory Dukor
Trump Says He Will Be Putin's 'Worst Enemy' If US-Russia Relationship Falters
Yet, he dismantled media speculations that a soccer ball presented to Trump by Putin could have been wired. US intelligence agencies have abilities to measure all types of things received from foreign adversaries, the official said.

Coats was one of the first US government officials who spoke out in response to Trump's remarks in Helsinki about Russia's role in the 2016 US presidential election.

The DNI noted he expressed his opinion because he felt the intelligence community assessment still stands.

© AFP 2020 / MANDEL NGAN
Coats Refuses to Comment on Reports Trump Asked Him to Push Back on Russia Probe Stories
"My thoughts were that I believed I needed to correct the record… That was my responsibility. Obviously, I wished he [Trump] would made a different statement," Coats said.

The intelligence chief recalled that Trump later walked back his remarks.

Coats added it is undeniable that Russia remains a leading country in trying to undermine US democracy. Russian officials have frequently denied all accusations of meddling and called them absurd.