US President Donald Trump told CBS News in an interview aired Wednesday that he holds Russian President Vladimir Putin personally responsible for Moscow's alleged meddling in the 2016 US presidential election. 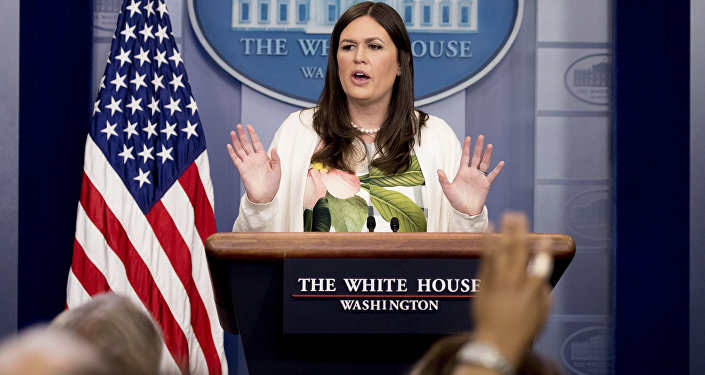 © AP Photo / Andrew Harnik
White House: 'Threat' From Russia Still Exists
Moreover, Donald Trump said in a television interview he accepted Director of National Intelligence Dan Coats' view that Russia continues to be a threat to the US election system.

© REUTERS / Leonhard Foeger
Trump on Twitter: 'Putin and I Got Along Well Which Truly Bothered Many Haters'
Trump said earlier on Wednesday that he got along well with Putin in Helsinki and promised that "big results" would come from the summit.

© AFP 2019 / MANDEL NGAN
Coats Refuses to Comment on Reports Trump Asked Him to Push Back on Russia Probe Stories
The US president came under fire for downplaying the intelligence assessment that Russia allegedly interfered in the 2016 election during a joint presser with Russian President Vladimir Putin in Helsinki on Monday.