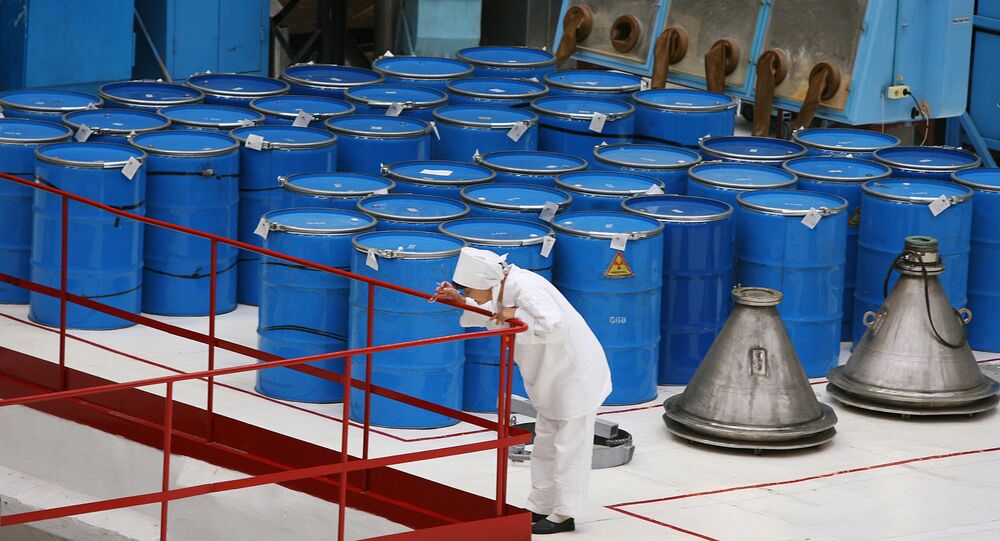 Washington is mulling the prospect of a new investigation into the subject of whether uranium imports harm US national security, which could ultimately lead to tariffs on foreign shipments of this element, Bloomberg reported.

According to the media outlet, US uranium Energy Fuels Inc. and Ur-Energy Inc. filed a petition in January asking the US Commerce Department to investigate the matter under Section 232 of the 1962 Trade Expansion Act; the same provision US President Donald Trump used earlier to impose tariffs on steel and aluminum imports.

With this move, US industry reportedly aims to shield itself from competition from state-run enterprises in countries including Russia, Canada and Kazakhstan.

However, the timing of the potential investigation remains unclear, Bloomberg reported, adding that an uranium probe would add to global trade tensions that the IMF warns represents a colossal risk to the global economy.

"The global uranium market is not a level playing field," Paul Goranson, chief operating officer of Energy Fuels, was quoted as saying by Bloomberg. "It puts the country at a real risk, because we're increasingly dependent on these state-owned companies which obviously have different global strategic objectives than we do."

© Sputnik / Evgeny Yepanchintsev
Russia, China to Work Jointly on Global Uranium Production Markets - Rosatom
The US Energy Information Administration said in a February news release that the United States produced 2.44 million pounds of uranium in 2017, the lowest number in more than 10 years.

A large portion of domestic uranium concentrate did not come from the United States' only operating uranium mill in the state of Utah, but from alternate sources, including conversion facilities and clean-up sites.

Canada and Kazakhstan are reportedly the main uranium suppliers for the US, each accounting for about a quarter of the total, followed by Australia, Russia and Uzbekistan.