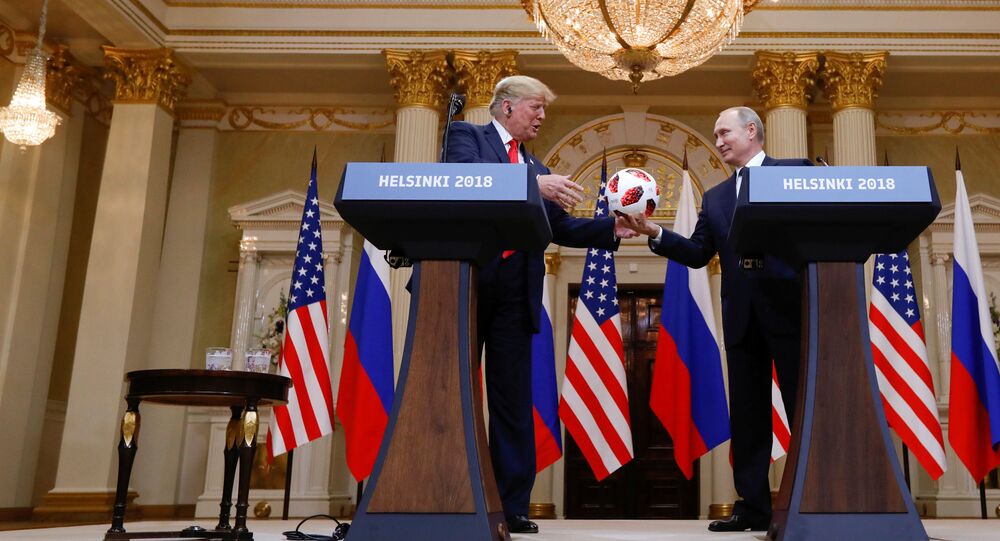 The US president, on his Twitter account, praised his own efforts during the NATO summit in Brussels to hold all member states accountable to their defense spending commitments.

"NATO was weak, but now it is strong again (bad for Russia)," he wrote, adding, however, that the media allegedly failed to report it.

I had a great meeting with NATO. They have paid $33 Billion more and will pay hundreds of Billions of Dollars more in the future, only because of me. NATO was weak, but now it is strong again (bad for Russia). The media only says I was rude to leaders, never mentions the money!

He went on hailing the NATO summit, though stressing that the meeting with Russian President Vladimir Putin was "even better."

While I had a great meeting with NATO, raising vast amounts of money, I had an even better meeting with Vladimir Putin of Russia. Sadly, it is not being reported that way — the Fake News is going Crazy!

The statement comes a day after Trump held his first bilateral meeting with Putin in Helsinki, which he characterized as "very successful, productive talks."

During the NATO summit, which took place earlier in the month, the US president repeatedly questioned NATO's usefulness and posted tweets saying that Washington was spending far more on NATO than any other member state, even though the EU had a trade surplus with the country.

© AP Photo / Evan Agostini/Invision
Pamela Anderson: Americans Are 'Programmed' to Be Russophobic
The US president also demanded that the alliance's member states increase defense spending up to 4 percent of GDP. However, as of last year, only six of the 29 NATO members — the United States, Greece, Estonia, the United Kingdom, Romania and Poland — spent 2 percent of their GDP on defense, the target previously set by Trump.

The president's criticism of his NATO allies sparked resentment from US lawmakers, who argued that Trump should display more commitment to European allies in light of growing threats from Russia, China and other countries.