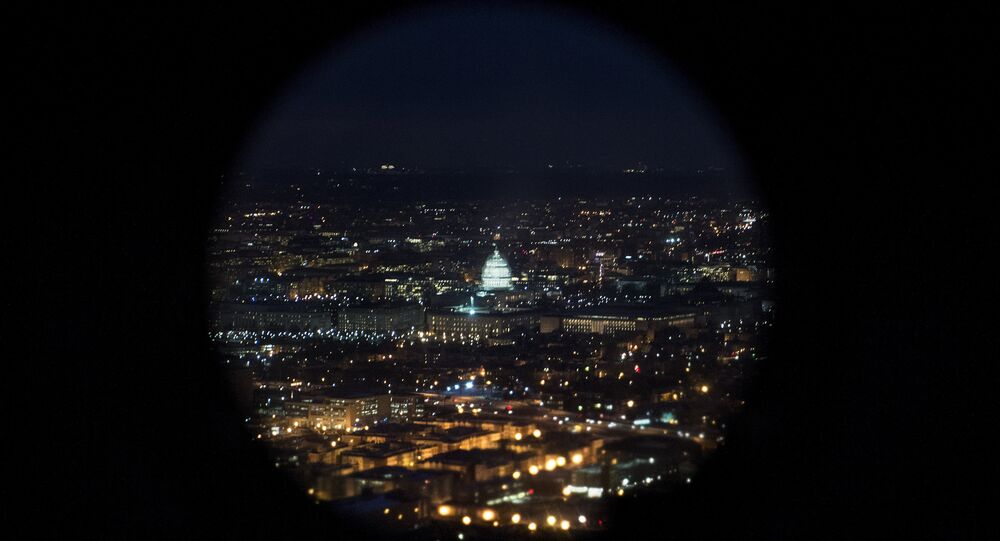 Russian national Mariia Butina has been arrested and charged with conspiring to act as an agent of a foreign government, the US Department of Justice announced on Monday.

According to the US Department of Justice, Butina, who was arrested on Sunday, was developing ties with US citizens and infiltrating political groups without informing the US attorney general of her alleged intentions — to further Russian interests, it alleges. 'Overt acts' she stands accused include sending two emails to a "US person in an effort to develop, maintain, and exploit a relationship to furtherance of the conspiracy" to promote Russian interests in the US.

"Butina worked at the direction of a high-level official in the Russian government who was previously a member of the legislature of the Russian Federation and later became a top official at the Russian Central Bank," the Monday statement from the DOJ reads. "This Russian official was sanctioned by the US Department of the Treasury, Office of Foreign Assets Control in April 2018."

It adds that the 29-year-old "undertook her activities without officially disclosing the fact that she was acting as an agent of Russian government" and that the international relations student tried to build relationships with people in the Washington, DC, area while working at the behest of a former Russian lawmaker who went on to become a central bank official.

Butina's next hearing is scheduled for July 18.

In a supporting document, FBI Special Agent Kevin Helson said in a sworn statement that one of the goals Butina was attempting to accomplish was to "exploit personal connections with US person having influence in American politics in an effort to advance the interests of the Russian Federation." It notes that one of her contacts was with an "organization promoting gun rights."

Robert Driscoll, Butina's lawyer, denies that she was acting as a Russian agent.

"Mariia Butina is not an agent of the Russian Federation. She is a Russian national in the United States on a student visa who recently graduated from American University in Washington, DC, with a Masters Degree in International Relations and 4.0 grade point average," Driscoll said in a statement to Sputnik. "She has received her work permit and is seeking to use her degree to pursue a career in business."

"The substance of the charge in the complaint is overblown. While styled as some sort of conspiracy to violate the Foreign Agent Registration Act, in actuality it describes a conspiracy to have a 'friendship dinner' at Bistro Bis with a group of Americans and Russians to discuss foreign relations between the two countries," he continued.

"There is simply no indication of Butina seeking to influence or undermine any specific policy or law in the United States… the complaint is simply a misuse of the Foreign Agent statute, which is designed to punish covert propaganda, not open and public networking by foreign students."

Roberto Vivaldelli, an Italian journalist and an author of the book "Fake News" (La Vela) has drawn parallels between the arrest of Mariia Butina and the Trump-Putin summit in Helsinki.

"Bob Mueller, the former head of the FBI during September 11, after two years of investigation, found no evidence of collusion between Trump and Russia. There is no evidence that the Russian government had intervened in the US elections. It is clear that the 'deep state' has found a scapegoat to sabotage the summit between Trump and Putin. American liberals want war, not peace."