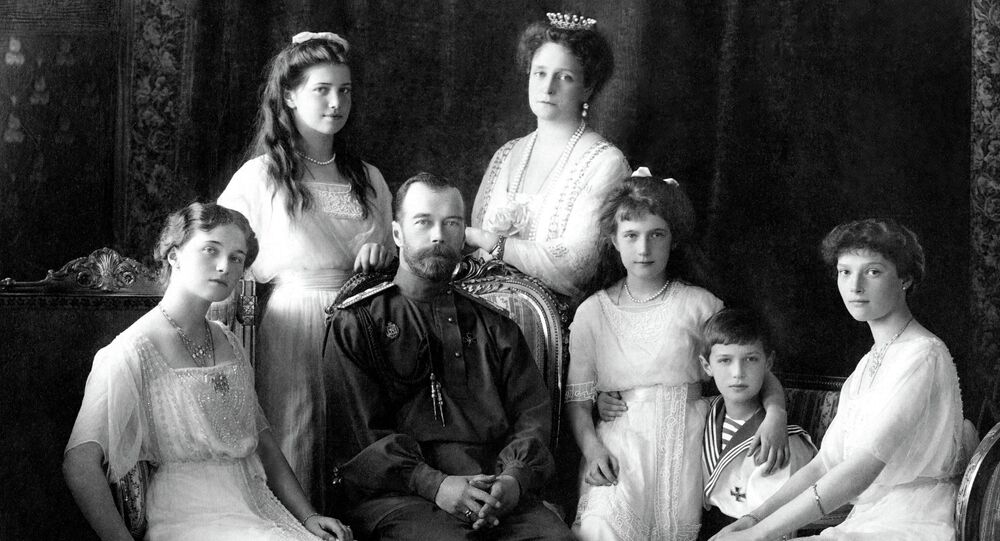 "The more Americans hear about the Romanovs remains and this centennial of the slaying the more they will understand situation closely and they will be more sympathetic to the Russian people," Hilarion said.

Hilarion added that many American have converted to the Orthodox faith and love the Tsar’s family.

"We have some churches dedicated to the Royal martyrs, books being written for the regular people so they could know more about the Romanovs and what they went through," the metropolitan said. "I think all of this together will encourage people not to think of Russians as… terrible but they will remember the legacy of the Royal family and will see Russians as people who are believers and who are people just like everyone else."

© Sputnik /
Russians Mostly Have Positive Attitude Toward Last Emperor Nicholas II - Poll
The metropolitan acknowledged an importance of 'Nicholas and Alexandra' movie in the 1970s in popularizing the last Russian Tsar and his family in the United States.

"The Tsar’s family was an example of Christian love," Hilarion said.

With regard to the Romanovs remains found near Yekaterinburg, the metropolitan said that they are waiting for a church commission’s decision.

"We are awaiting the decision of the church commission which was blessed by the Patriarch of Moscow and all Russia Kirill. The commission has been working very hard to answer many questions," Hilarion said. "Once that is done, then His Holiness Patriarch of Moscow and all Russia will convene the church council for the official recognition of these remains as holy relics."

Hilarion said although he personally believes in the authenticity of these relics, it is good to make sure.

"It is always better to double-check everything and make sure that nobody will have questions in the future on this matter," he said.

© Sputnik / Mikhail Voskresenskiy
RT's 1917 Revolution Project to Be Presented in Russian Cultural Center in DC
Nicholas II, his family and their servants were canonized in 1981 and 2000. The remains identified as the Romanovs' were found in the forest near Yekaterinburg in 1991 and in 2007.

Nicholas II, his wife Empress Alexandra, five of their children and four servants were killed in the Russian city of Yekaterinburg on the night of July 17, 1918.

‘The Romanovs. The Start of the Dynasty’ Exhibition Opens in Moscow

The House of the Romanovs

Romanovs' art collection to go under hammer at Sotheby's

Romanovs say want to come back to Russia