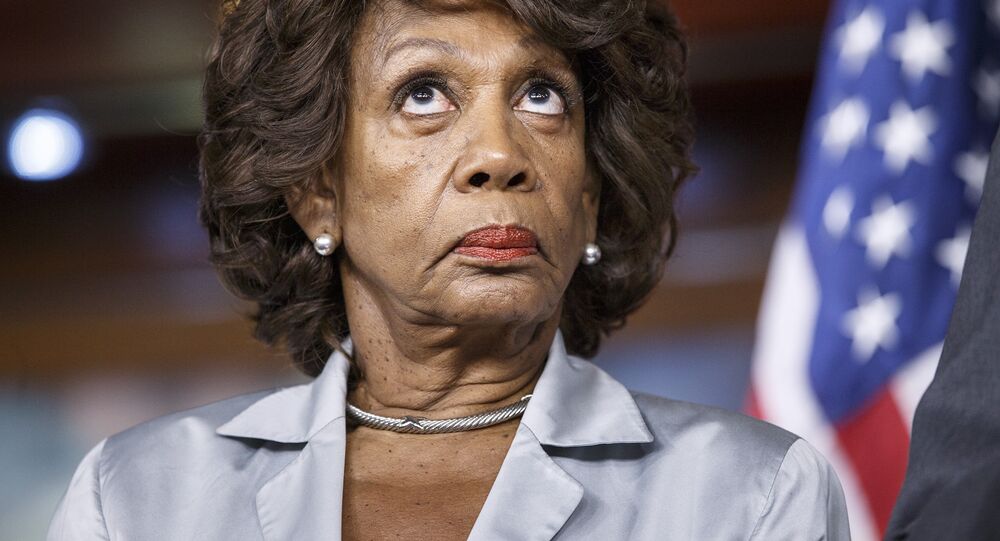 A US gang prosecutor has reportedly found himself under fire for a series of offensive social media posts aimed at migrants and prominent political figures.

According to the newspaper, Seylem labeled Waters as "a loud-mouthed c#nt," while his other post included a "doctored image of [Michelle] Obama holding a sign that said ‘Trump grabbed my penis’."

@SanBernCourt fire Michael Seylem!! His racist and disgusting behavior disqualify him from being a government employee!! pic.twitter.com/8d92xyiQGB

​The prosecutor was also involved in an online argument about an unspecified police shooting of a civilian, where he described the victim as a "sh*tbag" who "got exactly what he deserved.”

© AP Photo / Lauren Victoria Burke
Virginia Restaurateur Tells Black US Congresswoman ‘Go Back to Africa’ (PHOTO)
Another of Seylem’s posts reportedly involved him stating that while he’s "all for white males immigrating here legally and starting a business," he’s opposed to "the terrorist a–holes sneaking in here."

The District Attorney’s Office became aware of the posts on June 25 and is currently investigating the matter as outraged citizens have called for the prosecutor’s dismissal, the newspaper adds.

"We have been made aware of the negative comments and they do not represent the views of the District Attorney’s Office. Since this is a personnel matter I cannot comment any further," District Attorney Mike Ramos said in a statement.

READ MORE: Capitol Hill Tears Into Itself as Lawmakers Threaten Each Other with Violence

The screenshots of his posts, however, were leaked by “someone who once worked in the District Attorney’s Office” to Los Angeles accountant Pedro Cala “who then forwarded them to public officials and the Southern California News Group.”