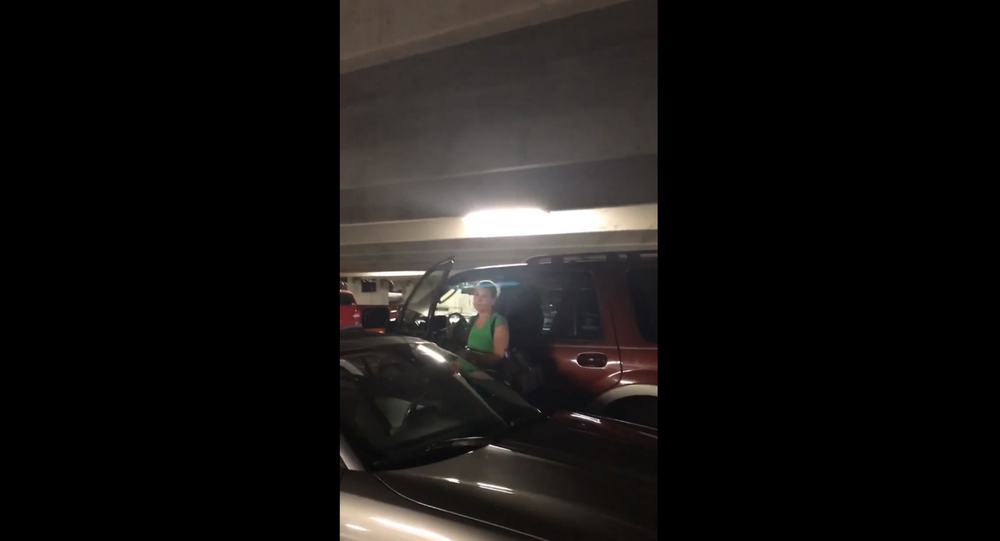 A Georgia woman was recently caught on video calling the cops on a black woman this past weekend because the woman was smoking a cigarette in her apartment complex's parking garage.

Footage of the encounter was shared on Facebook by Stacy Etheridge, the mother of the woman being harassed in the recording.

"Caucasian woman tells my daughter to put her cigarette out and decides to call the police on my daughter for smoking outside in a parking deck," Etheridge captioned the video. "Police showed up and said it was no harm to others… this calling the cops on Black is getting way out of hand."

"Now you can't smoke outside. #NewportNancy," the mother added. Etheridge's hashtag is just the latest to join a growing list of nicknames for white women who've taken it upon themselves to call the cops on black people who are, apparently, doing things that bother them (though not actually, you know, committing any crimes).

The video begins with Etheridge's daughter asking the woman whether she was going to get her evicted from her home because she was smoking.

"You said I can't smoke here? You're gonna have me kicked out?" Etheridge's daughter says, before adding, "That's what you said?"

The woman's responded by saying, "they'll have you evicted for smoking on the property."

The conversation later turned to Etheridge's daughter asking the woman if she was racist.

"Because I think you are. You just came out here harassing me for no reason," she said.

For the remainder of the recording the offending woman is seen sitting inside her vehicle speaking to someone on the phone. It's unclear whether she was speaking to the management company of the complex or the local police department.

This isn't the only shocking incident to come out of Georgia this week. The cops were also called on a North Carolina family traveling through the Peach State, according to Georgia outlet WFTV, for the infraction of using a restaurant bathroom.

As the story goes, the Dobson family had stopped at a Subway sandwich shop to eat on Monday and because the members of the group were repeatedly making trips to the restroom, an employee thought the matter suspicious and called the cops.

"I need somebody to come through here please, ASAP. Now," the employee told the 911 operator. "There's about eight people in a van and they've been in the store for about an hour. They keep going back and forth to the bathrooms by my back door."

When police arrived and realized what was going on, they offered their apologies and explained to the family that they'd been called because the employee, who'd previously been robbed, thought she was going to be robbed once more.

"I don't think she ever felt threatened," Felicia Dobson told the outlet. "We can't change our skin color. I have great kids. I have a great family."

In response to the incident, the owner of the Subway location apologized to the Dobsons and informed them that the employee had been placed on administrative leave.