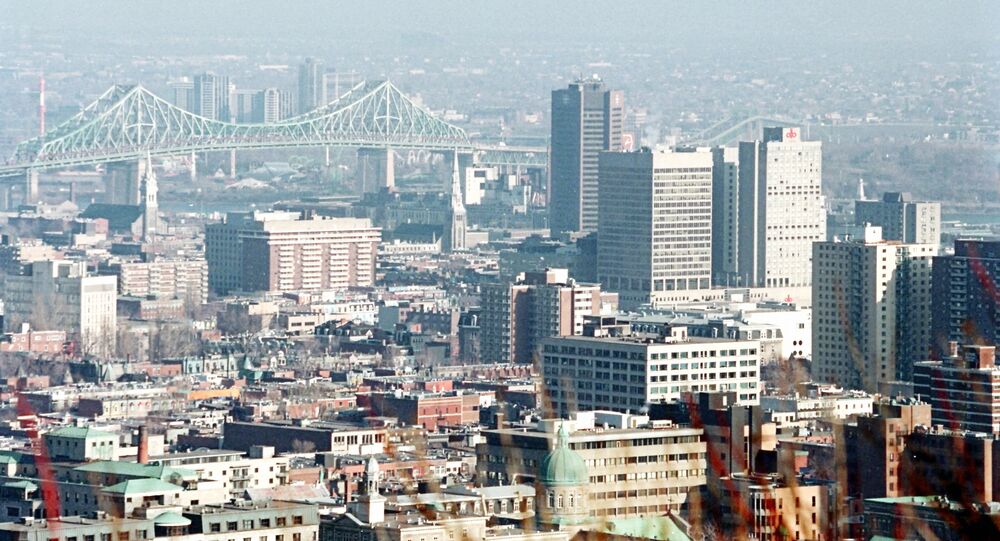 Extreme heat and humidity has blanketed eastern and central Canada, the national broadcaster CBC said. The heatwave is reportedly responsible for 14 deaths in Montreal and five in the Eastern Townships, a rural area just east of the city.

Canadian Prime Minister Justin Trudeau has offered condolences to those bereaved. He warned that record temperatures were expected to continue.

Meanwhile, Canada’s emergency service reportedly said it had received over 1,200 calls a day since the heat wave began, a 30 percent uptick from its normal operations.

It was a scorcher in the #Maritimes today with several new record highs and widespread 30's! Still record-hot in parts of Ontario and Quebec as well with up to 35°C in #Ottawa! #NSwx #MeteoQC #NBwx #NLwx pic.twitter.com/iPMA3W7aky

© AP Photo / Eric Risberg
Not Just the World Cup: All-Time Global Heat Records Set Last Week
According to Reuters, Montreal has raised the city's response level from "Alert" to "Intervention" after a spike in heat-related calls to the government's health information line and for ambulances.

On Wednesday Montreal reportedly reached a high of 34 degrees Celsius (93 degrees Fahrenheit), a peak that is expected to continue on Thursday. Meanwhile, Canadian Weather advisory has issued a heat warning for southern Quebec, including Montreal.

According to the official weather advisory, humidity index values in southern Quebec will grow "even more uncomfortable" on Thursday, when the humidity index is expected to reach 43.

Meteorologists, however, are forecasting a drop in temperatures by the end of the week. According to AFP, the last extreme heat wave to scorch the Montreal area was in 2010 and it claimed nearly 100 lives.