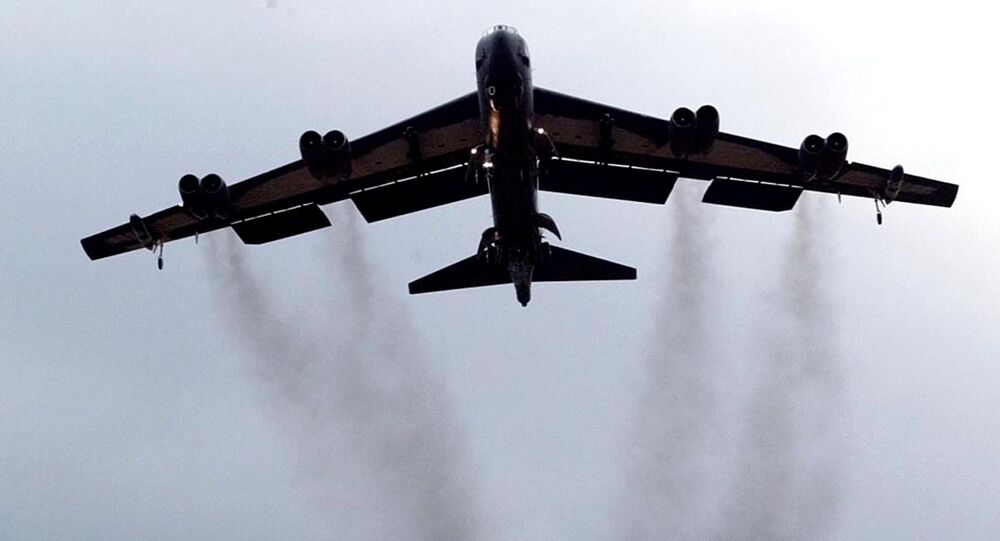 WASHINGTON (Sputnik) - The upcoming summit between US President Donald Trump and Russian President Vladimir Putin will allow for progress to be achieved in the areas of bilateral relations and global challenges, Russia’s Ambassador to the United States Anatoly Antonov said in an interview.

"I am sure that it is impossible to remove all obstacles out of the way of our mutual cooperation, but it goes without saying that there will be progress regarding bilateral relations as well as regional and global problems," Antonov told RT in an interview that aired on Tuesday when asked about the forthcoming summit.

Antonov also said that if the United States treats Russia as an equal partner, Moscow and Washington can find a solution to every issue before them.

© Sputnik / Alexei Filippov
'Russia a Superpower, a Competitor, Not an Adversary' – US Senator in Moscow
"I hope that in the very near future [as long as] I am here in Washington, DC we can get great results regarding our relations," Antonov said.

The Russian ambassador also noted that there are excellent people-to-people, cultural and scientific relations between Russia and the United States.

"Our cooperation, you see it in space, in the Arctic, you see it in so many areas. We can work together. So it is up to us to decide whether we need each other or not," Antonov said.

Russian Envoy to the US also epressed hope that a joint cybersecurity group would be established as a result of the upcoming summit between Donald Trump and  Vladimir Putin.

"I hope that at least a group on cybersecurity will be established as a result of the forthcoming summit between our two leaders," Antonov told RT in an interview.

© AP Photo / Jorge Silva/Pool Photo
Russian FM Suggests Possible Agenda of Upcoming Putin-Trump Summit
In July, after holding talks with Putin at the G20 Summit in Germany, Trump announced that Moscow and Washington would create a joint working group on cybersecurity to discourage any possible cyberattacks targeting elections, but abandoned the idea after sharp criticism from domestic critics.

From 2009 to 2013, the US and Russian governments actively cooperated on cybersecurity initiatives. However, the work was suspended in 2014 when bilateral relations deteriorated over the Ukraine crisis.

"The Russian Federation is not in favor of arms race. We made it clear many times and Russian President Putin has confirmed it many times, and even while presenting our new models of modern arms he made it clear that we would like to invite the United States at the table of negotiations and it is high time for us to find solutions on various issues such as the New START treaty. What should we do with this treaty by the way? What should we do with the INF treaty… It seems to me that two presidents could have time to discuss strategical issues," Antonov stated.

© Sputnik / Vladimir Rodionov
Neither Russia Nor US Interested in Undermining INF Treaty - Russian Foreign Minister
The ambassador added that further details regarding the issue might be then discussed by the foreign and defense ministers of the two countries.

The first bilateral agreement between the United States and the Soviet Union on strategic offensive reductions (START) was signed on July 31, 1991 with a duration of 15 years. Negotiations on a new START treaty began in May 2009, and the new agreement entered into force on February 5, 2011.

Under the treaty, the United States and Russia were to meet the treaty’s limits on strategic arms by February 5, 2018. Aggregate number of weapons on each side was not to exceed 700 deployed intercontinental ballistic missiles (ICBMs), submarine-launched ballistic missiles (SLBMs) and heavy bombers, 1550 warheads on the deployed ICBMs, SLBMs and heavy bombers, and 800 launchers.

© Sputnik / Alexander Vilf
Gorbachev Urges Putin, Trump to Resolve Dispute Over INF Treaty
The INF treaty was signed between the Soviet Union and the United States in December 1987 and required the parties to destroy their ground-launched ballistic and cruise missiles with ranges of between 500 and 5,500 kilometers (from 311 to 3,317 miles). The United States and Russia have repeatedly accused each other of violating the treaty.

Moscow and Washington are currently preparing for the first full-fledged meeting between US President Donald Trump and Russian President Vladimir Putin, scheduled for July 16 in Helsinki, Finland.

During the meeting, the US and Russian presidents are expected to discuss bilateral relations and various issues on the international agenda.