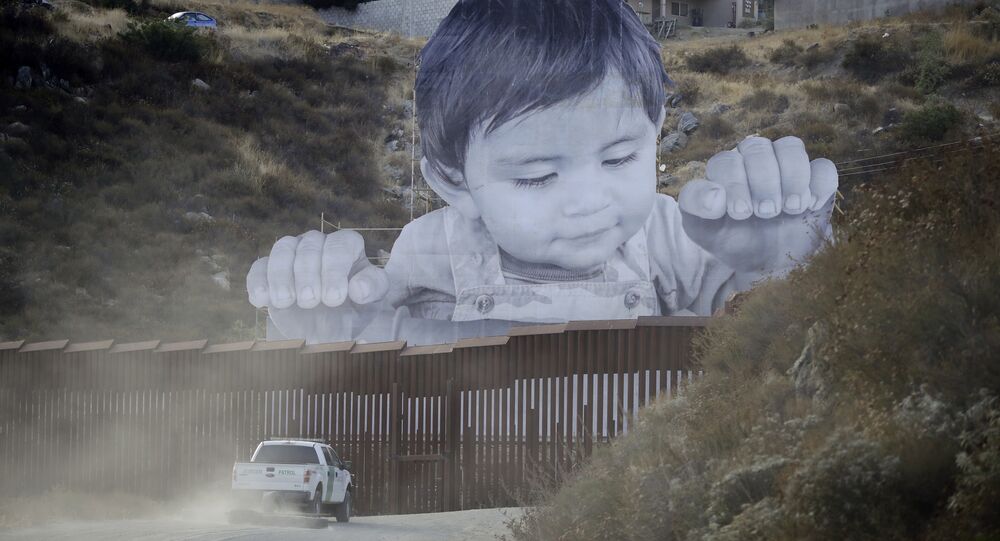 "What President Trump did today was adopted policy that expressly violates a federal court holding. Therefore it is basically kicking the can to the judicial branch of government which had already reached the decision on the number of days the child can be confined," Orr said on Wednesday. "Much like the travel ban… [there will be] a fight in court."

© REUTERS / Leah Millis
'We're Going to Have a Lot of Happy People': Trump Signs Order on Immigration to End Separation of Parents and Kids
The immigration lawyer was referring to Trump’s bid to impose a travel ban on immigrants from five Muslim countries in addition to Venezuela and North Korea. The case has gone through a prolonged and fierce legal battle all the way up to the Supreme Court.

Orr also said that if the US Department of Homeland Security (DHS) began implementing Trump’s measure effective immediately, the federal court could order the release of the children, "thus returning us back to where we started."

Earlier on Wednesday, Trump issued an order to end the separation of illegal immigrant families after pictures went viral of children locked in cages near the US-Mexico border. However, one of the Justice Department’s top lawyers told reporters that a federal judge needs to modify an existing legal settlement that forbids the US government from detaining immigrant children for more than 20 days — even if they are with their parents.

© AFP 2020 / Sandy Huffaker
No Borders, No Country!: Trump Tweets Amid Migration Row
US Health and Human Services spokesperson Kenneth Wolfe said in a statement later on Wednesday that migrant families already detained for illegal entry into the United States will not be immediately reunited with their families as directed in Trump's executive order. In other words, existing cases will not be "grandfathered in" to be covered under the new order, the official said.

A "zero tolerance" policy announced by the Trump administration in April has led to thousands of children being separated from their families at the border and placed in detention facilities.

Almost 2,000 immigrant children were forcibly separated from their parents between April 19 and May 31 following arrests involving illegal entry into the United States, according to the Department of Homeland Security (DHS).