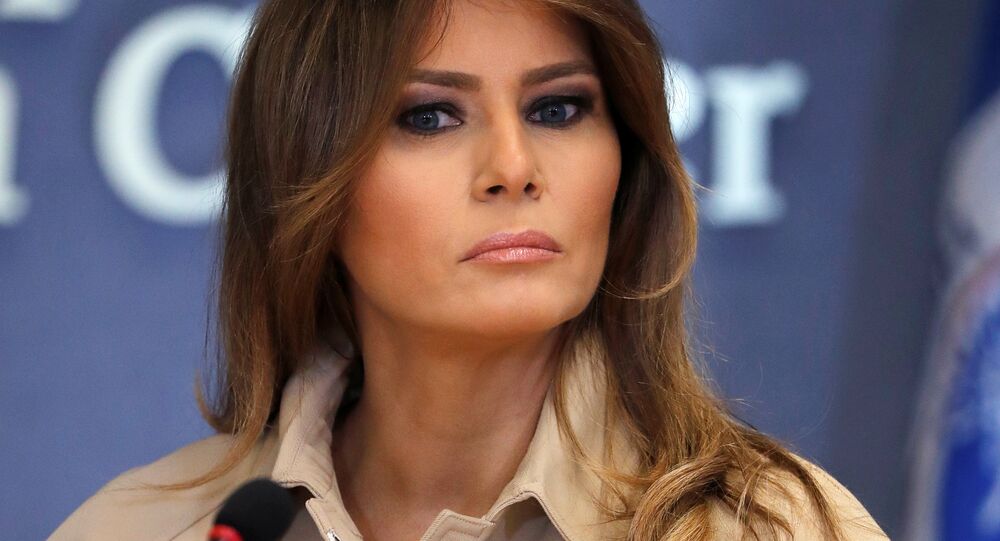 Earlier, actor Peter Fonda had allegedly suggested taking away the first lady's son and put him in a cage with pedophiles, in reference to the heavily criticized practice employed by the US Border Patrol of separating the children of illegal migrants from their parents, which Trump has been blamed for.

The media outlet Daily Caller reported citing the spokesperson of the US First Lady that Melania Trump has alerted the Secret Service about a possible threat to her 12-year-old son Baron Trump after actor and filmmaker Peter Fonda reportedly suggested on his Twitter account to "rip" him from his mother and put him in a cage with pedophiles.

Peter Fonda needs to take a long look in the mirror if he wakes up thinking about kidnapping the child of the President and throwing him in a cage with pedophiles. These people are unhinged. Just when you think they’ve hit a new low they go ahead and top themselves. Very sick! pic.twitter.com/iTRBt0nh7c

The information has not yet been officially confirmed. The original tweet by the actor is unable to be found and has possibly been deleted; however, some Twitter users managed to take a screenshot of it.

Peter Fonda has been harshly criticizing officials in the Trump administration in connection with the practice of forcibly separating the children of illegal migrants from their parents, which began following Trump's introduction of a "zero tolerance" policy in April.

Ok, I checked to see if it was real, and it was. @iamfonda is going to make me say something I never thought I would — I agree with @JackPosobiec.

Calling for the rape of Barron Trump and calling Nielsen/ Sanders “a gash” [sic] and the terrorization of ICE agents kids = NOT. OK. pic.twitter.com/0hS1uZAEfj

The US president has said that the Department of Homeland Security is strictly following the law in its actions and has urged Congress to change the situation by closing "loopholes" in legislation that migrants actively use in order to stay in the country. Trump's policy has been opposed by Democrats and some Republicans in Congress.