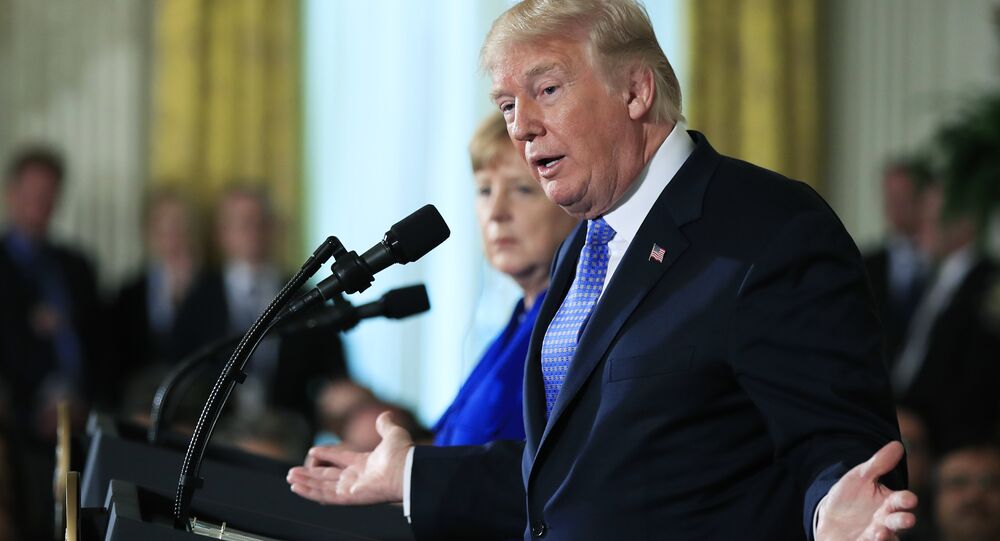 Earlier in the day, US President Donald Trump expressed his sympathy with Germans and blamed immigration for high crime rates in the country amid the migrant row in Germany's political establishment.

US President Donald Trump commented on the recent migration policy tensions in Germany, saying that doesn't want the same situation to arise in the US.

"The United States will not be a migrant camp," he said as he opened a meeting of the National Space Council at the White House. "And it will not be refugee-holding facility — it won't be."

Children are being used by some of the worst criminals on earth as a means to enter our country. Has anyone been looking at the Crime taking place south of the border. It is historic, with some countries the most dangerous places in the world. Not going to happen in the U.S.

On July 1, after the EU summit, Merkel is due to inform the Christian Social Union leadership about the state of her negotiations with the European countries that were most affected by the migration crisis.

© AP Photo / Guillermo Arias
Honduras Demands Respect After Trump's Threats Over Migrant 'Caravan'
Trump's comment comes amid news that almost 2,000 immigrant children were forcibly separated from their parents between April 19 and May 31 following arrests involving illegal entry into the US, according to the US Department of Homeland Security.

On May 7, US Attorney General Jeff Sessions said that the Trump administration would adopt a zero-tolerance policy toward those attempting to cross US borders illegally, including taking children away from parents while they are being detained. The policy has resulted in protests across the US, after which Republican lawmakers expressed the desire to allow parents and their children to remain together.