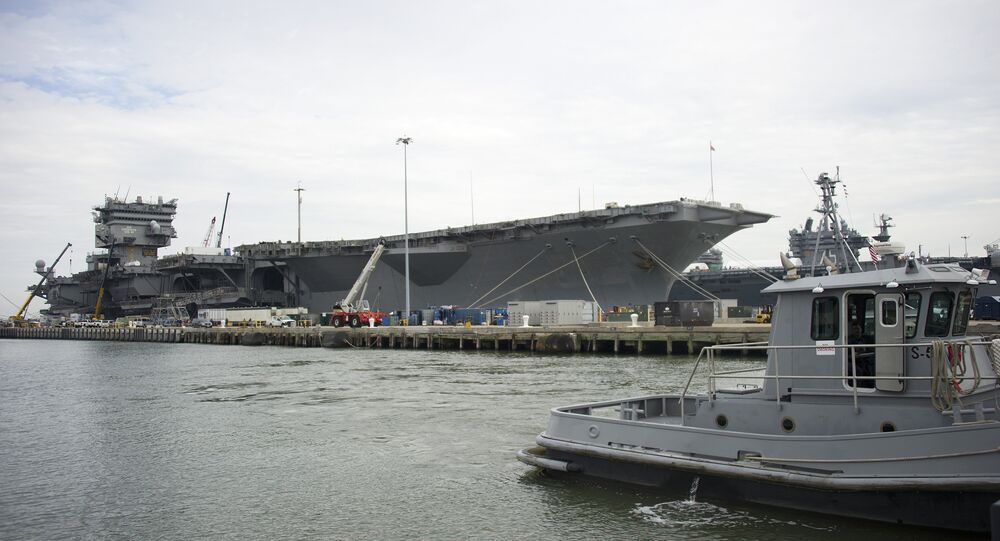 Mysterious ‘Threats’ Keep Turning Up at US Navy Facility in Virginia

Mysterious, threatening messages have been showing up for the last two weeks at the Norfolk Naval Shipyard in southeastern Virginia.

It isn't clear in what form the threats were made, only that they've been appearing in restrooms at the compound, including one portable bathroom, colloquially known as a port-o-potty.

At least one of the malicious messages contained a bomb threat: the first, which appeared on May 22, according to statements made by the spokeswoman at the facility, Terri Davis, in a Friday press release.

Four days later, a second threat was discovered; however, no subsequent threats have been elaborated upon by authorities.

The Naval Criminal Investigative Service is offering a $2,500 reward to anyone with information that enables authorities to prosecute the culprit.

The threats come on the heels of a similar case wrapping up with a guilty plea from Petty Officer 3rd Class Allante Martanaze Arrington, who in March was sentenced to 15 months in prison for making bomb threats in August 2017. Those threats were made to the Naval Station Norfolk, which is nearby the Norfolk Navy Shipyard, and also the Joint Expeditionary Base Little Creek in Virginia Beach, one town over, according to the Virginia Pilot.

Tags:
US Navy, bomb threat, US Navy Norfolk Base, US Navy
Community standardsDiscussion