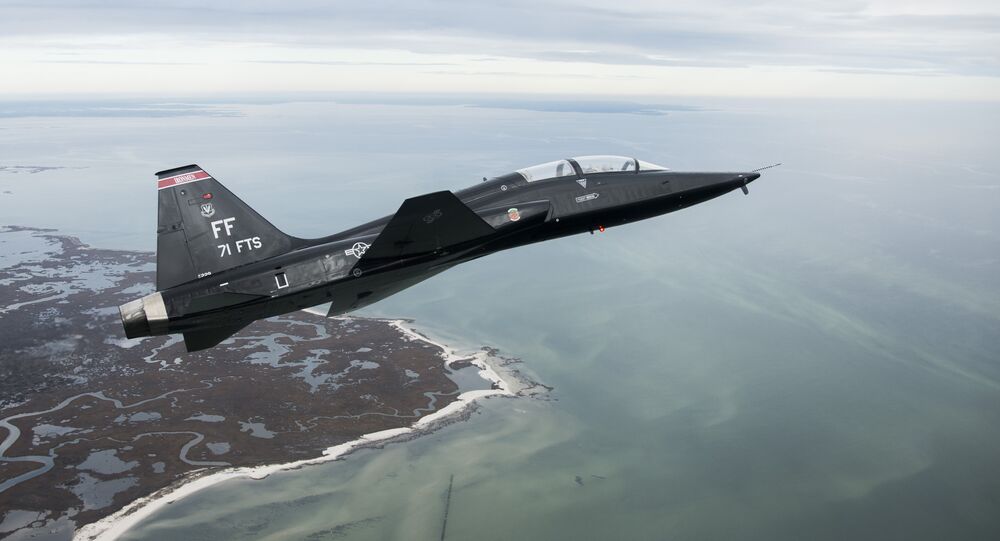 WASHINGTON (Sputnik) - Two pilots were able to eject safely when their Air Force T-38C Talon II supersonic jet trainer crashed in the US state of Mississippi, Columbus Air Force Base said in a statement on Wednesday.

"An Air Force T-38C Talon II crashed at about 8:30 a.m. [12:30 p.m. GMT] today in a remote area near Columbus Air Force Base, Mississippi. Both pilots ejected from the aircraft safely," the statement on the Base's Facebook page reads.

Both pilots were taken to the hospital for evaluation, according to the statement.

Confirmed: An Air Force T-38C Talon II crashed at about 8:30 a.m. today in a remote area near Columbus Air Force Base, Mississippi. Both pilots ejected from the aircraft safely. via @Amanda__Maile

No further details have been immediately available, however, a US journalist published what is believed to be the pictures of the crash site.

The airbase has yet to reveal the reason for the crash.

The Northrop T-38 Talon was the world's first supersonic trainer in service for over 50 years in the US Air Force, which is also the most produced one. It remains in service as of 2018 in several air forces, with the USAF operating the most of them. It has been also used by NASA.