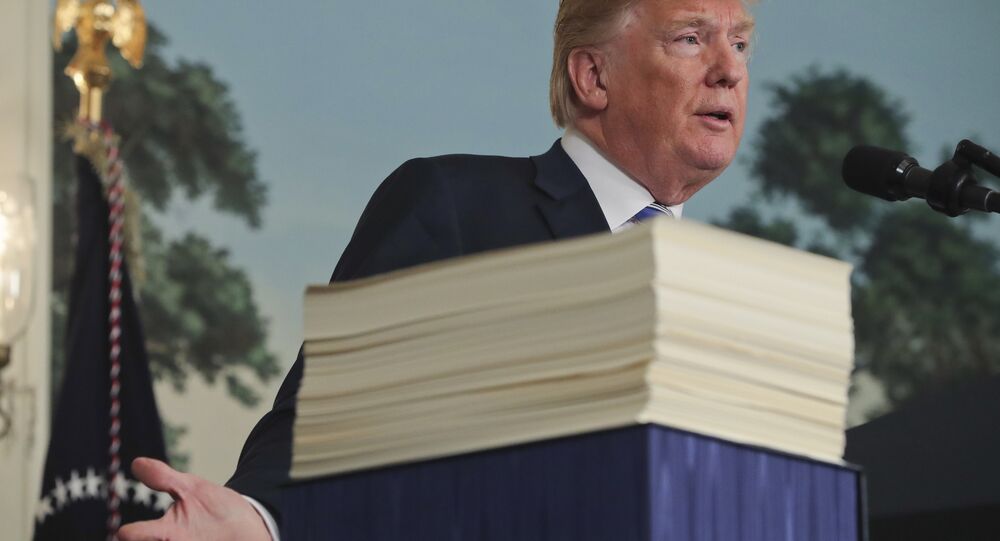 Earlier, the US House Intelligence Committee revealed its final findings on alleged Russian meddling in the 2016 US election campaign and accusations of collusion between Donald Trump's campaign and the Kremlin.

US President Donald Trump has immediately reacted to the document, titled "Report on Russian Active Measure," by the House Intelligence Committee, concluding that there was no collusion between the then-candidate's campaign and Moscow during the 2016 presidential election. POTUS took to Twitter to comment on the freshly released report, saying that the investigation should be immediately ended, as according to the findings, “the Clinton Campaign paid for Opposition Research obtained from Russia.”

"The Committee also found that the Clinton campaign and the DNC, using a series of cutouts and intermediaries to obscure their roles, paid for opposition research on Trump obtained from Russian sources, including a litany of claims by high-ranking current and former Russian government officials," the report said. "Some of this opposition research was used to produce sixteen memos, which comprise what has become known as the Steele dossier."

© AFP 2020 / SAUL LOEB
House Intel Panel Finds No Collusion Between Trump Campaign and Kremlin, Democrats Seek to Continue Probe
The intelligence committes in both the US Senate and the US House of Representatives were probing the alleged collusion between Trump's campaign and Moscow, while Special Counsel Robert Mueller opened a similar investigation in 2017.

The US President has denounced the investigation into Russia's alleged interference from the very beginning, consistently calling it a "witch hunt." Moscow has also repeatedly denied the allegations of meddling, dismissing them as "absurd."