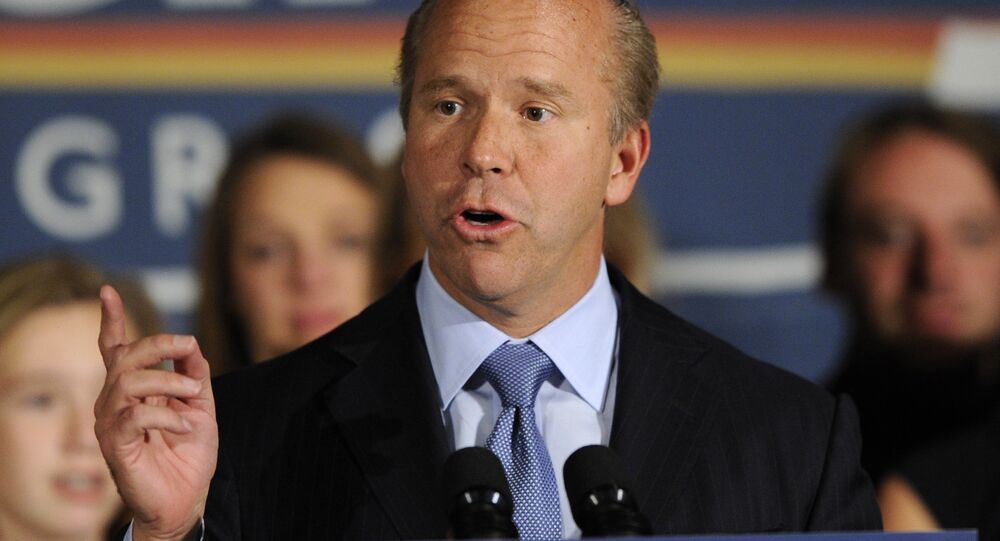 Even though the next presidential election is still a couple of years away, John Delaney, a Democratic Maryland congressman, has already established a campaign office in Des Moines, hired staff and spent over $1 million on TV advertising in Iowa, in preparation for the 2020 US presidential election.

Delaney has made 110 campaign stops in half of Iowa's counties. In addition, he has made six appearances in New Hampshire and made a second trip to South Carolina over the weekend, Politico reported.

The odds that Delaney, a former banker who is otherwise unknown outside his home state, could become the next US president are slim, as other big-shot Democrats prepare to enter the field over the next year. The banker's name has not even been included in early national polls.

However, the early-bird candidate's commitment has not waned.

"I think I'm the right person for the job, and I have the right vision, but not enough people know who I am," Delaney said, arriving in South Carolina Friday. "The way you solve that problem is by getting in early."

In a TV advertisement this month, Delaney criticised US President Donald Trump's tariffs on steel and aluminum imports from China, stating that Trump's "trade war could devastate our manufacturing and farming economies and raise prices on hard-working Americans."

According to Jeff Link, an Iowa Democratic strategist, the $1 million that Delaney has spent on advertisements "goes a long way" in Iowa.

"I think getting here early is helpful in that people get to see you a couple of times," he told Politico. "He's a smart guy; he's a very serious guy… and he has a good message."

Jim Demers, who has been involved in New Hampshire's Democratic politics for decades, told Politico that although many voters had initially never heard of Delaney, he is in the "somewhat known" category after making several visits to New Hampshire.

On Saturday, Delaney participated in a Democratic summit in Maryland. On Monday, he will arrive in Washington, as he does weekly, to plan campaign strategy with his staff, primarily focusing on winning over voters in Iowa and New Hampshire.

© AP Photo / Cliff Owen
Trump: 'I Never Said Russia Did Not Meddle in the Election'

"I view us as running a full-scale campaign at this point," Delaney told Politico. "The way I think about it kind of simply is, there are six congressional districts in Iowa and New Hampshire. […] I'm doing all the things you would do to run a congressional campaign times six in those states."

"I think the central question facing the United States of America in 2020 is how do we take this terribly fractured nation and begin to unify it so that we can start to work for the American citizens," Delaney added. "And I think I'm the person to answer that question."

According to Jeffrey Zients, Delaney's friend and a former economic advisor to former US President Barack Obama, "He's [Delaney] decided there's an opportunity, and he's executing on it. He's working hard."