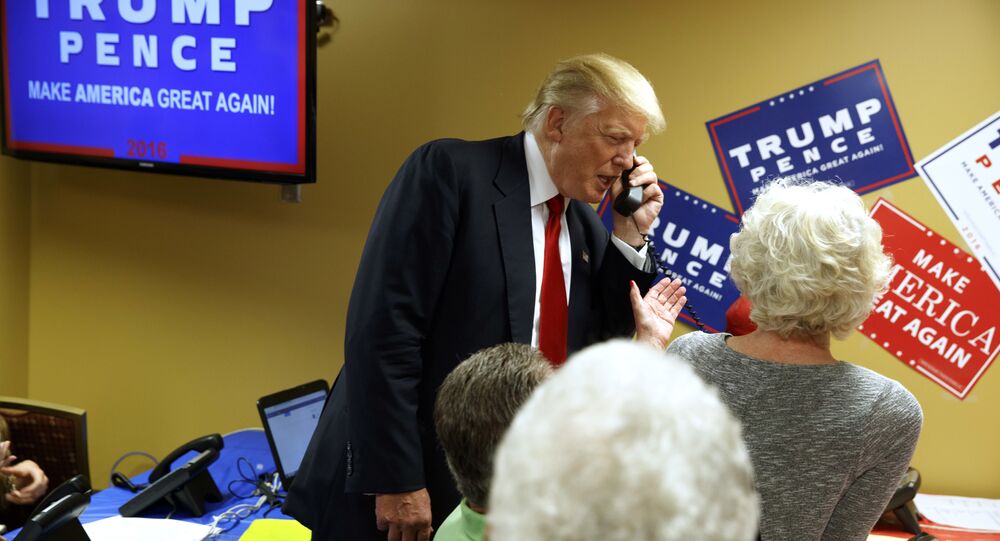 The Democratic National Committee says Russia, the Trump campaign, WikiLeaks and other individuals and organizations including the Russian military intelligence service conspired to disrupt the 2016 presidential election campaign.

The complaint, filed on the DNC's behalf in federal district court in Manhattan by the lawfirm of Cohen Milstein, accuses top Trump campaign officials and these other groups of conspiring to hurt Democratic nominee Hillary Clinton's electoral chances by hacking the Democratic Party's servers and revealing the information found therein to the public. This, the filing says, amounts to an illegal conspiracy.

The Democrats are seeking millions of dollars in compensation, along with an admission by defendents that they conspired to infiltrate the DNC's private servers.

The filing does not name President Trump himself as a defendant, but does allege that the president's "personal professional and financial ties" to Russia going back to Soviet days helped foster the conspiracy. Instead, the case focuses on the president's aides, and accuses the campaign of engaging in a conspiracy through its interaction with Russian agents and through publicly encouraging hacking. The lawsuit also targets WikiLeaks and its founder Julian Assange.

© AP Photo / Andrew Harnik
Trump Lashes at Fired FBI Director Comey on Twitter, Calls Him 'Leaker and Liar'
The party's claim accuses Russia specifically of "trespass[ing]" on the DNC's servers "to steal trade secrets and commit economic espionage," and charges Moscow with a "brazen attack on US soil." According to the Washington Post, suing a foreign country may prove challenging for the Democrats, since countries traditionally have sovereign immunity from US lawsuits. It also names the GRU, Russia's military intelligence agency.

President Trump has repeatedly denied charges of collusion with Russia in the 2016 presidential campaign. Last month, a House of Representatives investigation concluded that they found no evidence of the president or his allies colluding with Russian officials. Moscow has also rejected any claims of interference in US politics, citing lack of evidence.