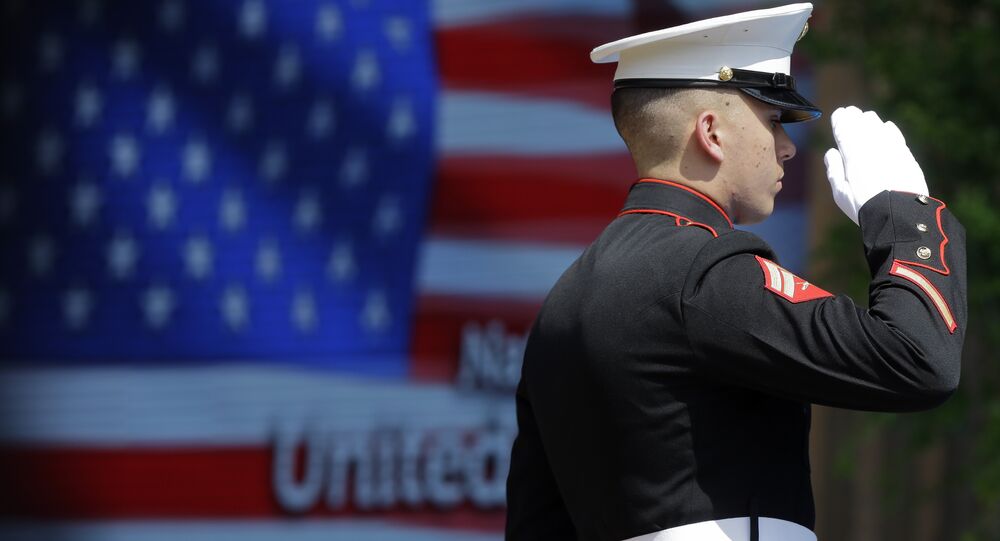 Oscar Rodriguez Jr. was abruptly thrown out of the ceremony, he says, because he wanted to mention God in his tribute to his friend Chuck Roberson. Rodriguez and Roberson are now taking the Air Force to court for infringement of their religious liberty and constitutional rights.

A veteran of the US Air Force, Oscar Rodriguez Jr., is suing the service after he was forcibly removed from a retirement ceremony.

In early 2016 Master Sgt. Chuck Roberson from the 749th Aircraft Maintenance Squadron was retiring, and he invited his friend Senior Master Sgt. Oscar Rodriguez to speak at his military retirement ceremony at Travis Air Force Base. Roberson had seen Rodriguez perform the flag-folding speech at another colleague’s retirement and personally asked him to do the same as Roberson’s ceremony. When Rodriguez got up during the flag-folding to deliver the speech he was prevented from doing so by service members at Travis, before being physically removed from the room.

In Rodriguez’s view he was assaulted by the men who removed him from the room, and they violated his constitutional rights by preventing him from delivering the speech. He believes that the problem was that he was using an old version of the Flag Folding Ceremony Air Force Script, which was revised in 2006 to remove religious references. The version Rodriguez was using references God multiple times, and concludes with the words, “God bless our flag. God bless our troops. God bless America.”

Roberson and Rodriguez maintain that it was their right to use the older version of the speech, especially given that Rodriguez is a decorated veteran, who was asked to give the speech by his friend who was retiring after 33 years serving in the Air Force.

In September 2016 the Air Force’s Inspector General concluded that Rodriguez had been removed not for religious reasons, but because he was being ‘disobedient’. The IG’s report said, “Mr Rodriguez was removed by members of the squadron because he attempted to participate in the ceremony even though his participation had been disapproved by the hosting squadron commander.”

Rodriguez, Roberson and First Liberty – a legal group supporting and representing the retired airmen – dispute this conclusion. Sputnik spoke with members of First Liberty, including Deputy General Counsel and Director of Military Affairs Michael Berry. He explained why they are contesting the Inspector General’s conclusion, saying that, “The Air Force’s own evidence contradicts their claims. As our lawsuit points out, an Air Force JAG lawyer advised commanders that the Airmen who forcibly removed Rodriguez could be charged with assault. Also, immediately after the incident, Air Force officials expressed concern that religion was the reason for the assault, and advised seeking Public Affairs assistance in how to respond.”

© Sputnik / Varvara Gert'e
US Veteran Sues Government After Surgeons Discover Scalpel Left in His Body for Years
Berry added that as a result of a FOIA lawsuit filed by First Liberty, “The Air Force admitted in court that it did not conduct a full investigation into the assault.” He explained the reasons for bringing the suit, saying, “Two years ago, after the incident occurred, we would have been satisfied with a simple apology. But the Air Force has refused to apologize or even admit that what happened was wrong. We were left with no option but to file this lawsuit to vindicate Rodriguez and Roberson’s constitutional rights. These Air Force officials must be held accountable for their actions.”

Once in a Lifetime Moment

Both Roberson and Rodriguez are deeply troubled by what happened, and are not seeking material damages but rather an apology and admission by the Air Force of what happened. “I never thought any Air Force official would be afraid that someone would use the word ‘God’ on base and I am shocked that they would assault me for trying!” said Rodriguez. “This retirement ceremony was supposed to be the culmination of my career in the Air Force,” explained Roberson. “I couldn’t believe what happened. I still can’t believe it. I want these Air Force officials to apologize for ruining this once in a lifetime moment.”

Berry concluded, “We hope these Air Force officials will apologize to Oscar for assaulting him, to Chuck for ruining his only retirement ceremony, and assure the Air Force family that their religious liberty will be fully protected.”