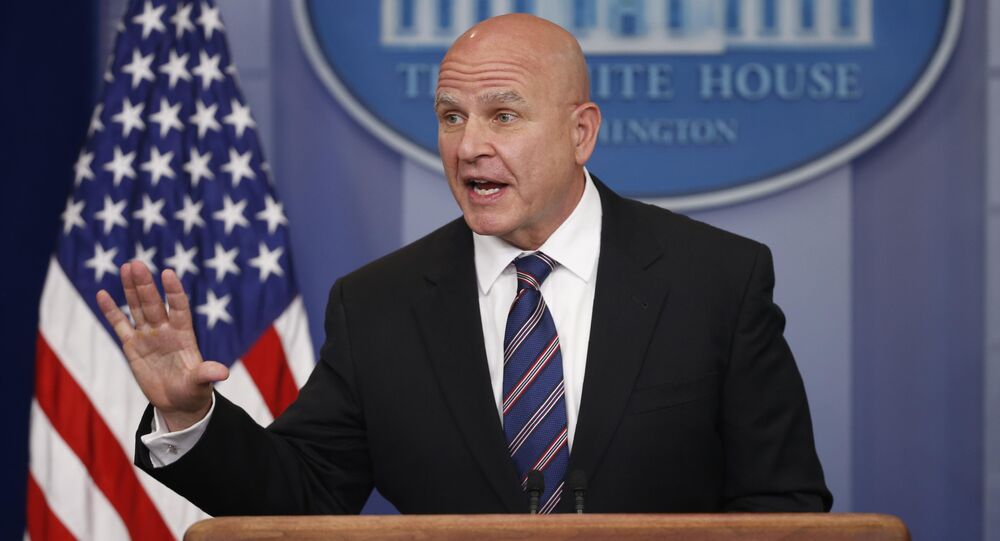 I am pleased to announce that, effective 4/9/18, @AmbJohnBolton will be my new National Security Advisor. I am very thankful for the service of General H.R. McMaster who has done an outstanding job & will always remain my friend. There will be an official contact handover on 4/9.

It had been reported for weeks that McMaster and Trump were butting heads and that the US Army lieutenant general was on the brink of being removed. McMaster is the most recent of more than two dozen officials to be fired or resign from the Trump administration since the president took office 14 months ago.

"After thirty-four years of service to our nation, I am requesting retirement from the US Army effective this summer," McMaster said in a Thursday statement, adding, "I am thankful to President Donald J. Trump for the opportunity to serve him and our nation as National Security Adviser." McMaster will leave public service after retiring from the military.

Bolton was a major proponent of the US' 2003 invasion of Iraq and an advocate for the overthrow of leader Saddam Hussein, positions he still defends more than a decade later.

He wrote an op-ed in the Wall Street Journal in late February outlining "the legal case for striking North Korea first." Historian Gareth Porter told Radio Sputnik's Loud & Clear last week that Bolton's nomination would likely lead to a White House that is more eager to pursue a war with Iran. "During the [George W.] Bush administration," when Bolton was the US ambassador to the UN, "there was a plan for war with Iran," Porter said.

Like Trump, Bolton opposes the multilateral 2015 Joint Comprehensive Plan of Action, the milestone agreement intended to provide limits to and transparency on Iran's nuclear program in exchange for sanctions relief. Trump in January recertified the deal for what he said would be the last 120-day period without major changes.

Speaking to reporters at the White House while Saudi Crown Prince Mohammad bin Salman was visiting this week, Trump stated, "The Iran deal is coming up. It's probably another month or so, and you're going to see what I do." Former Secretary of State Rex Tillerson, one of the voices said to have counseled Trump that scrapping the JCPOA was a bad idea, was recently dismissed from his position in favor of former CIA Director Mike Pompeo.

Since his time in the Bush administration, Bolton has worked as a foreign policy fellow at the American Enterprise Institute. He is a Fox News contributor and frequently appears on TV as a conservative pundit.