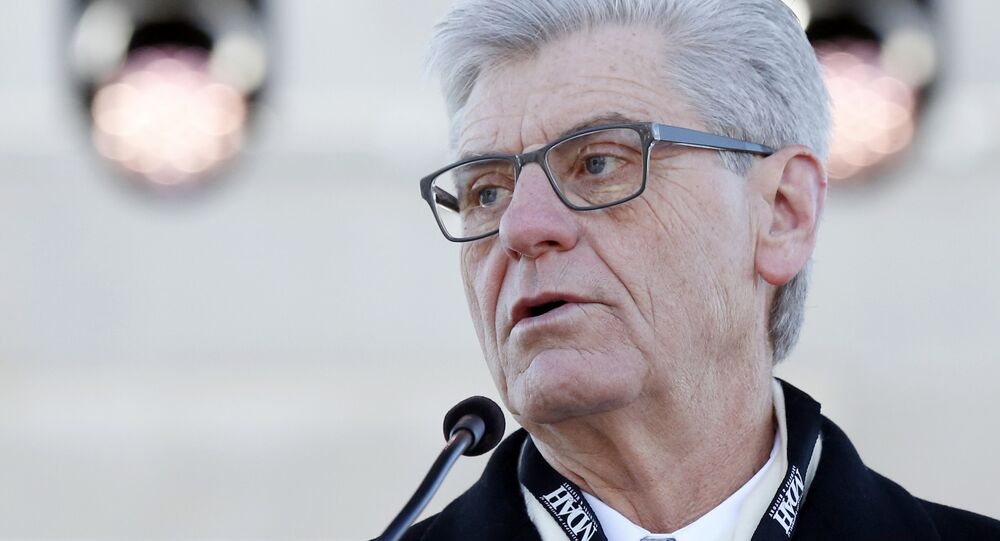 Mississippi’s last remaining abortion clinic filed suit against the state on Monday, shortly after Mississippi Governor Phil Bryant signed into law a bill that would outlaw all abortions after 15 weeks of pregnancy.

Shannon Brewer, director of Jackson Women's Health Organization in Mississippi, the last women's health clinic in the state that still offers abortions, told Radio Sputnik's Loud & Clear that the ban, which was blocked by US Federal Judge Carlton Reeves on Tuesday, is a "war against women."

​"We've been running around for the last week or so because we didn't know if we should have patients come back to get their scheduled procedures done. Patients have been in panic. It's a war against women made by a bunch of men," Brewer told hosts John Kiriakou and Brian Becker.

"The government has no problem prescribing Viagra for men and no one questions when there are millions of dollars a year spent on that. We [Jackson Women's Health Organization] are a privately owned facility that gets no government funding and yet a team of non-medical people are telling doctors and women what they can and cannot do," Brewer said.

Mississippi's House Bill 1510 is the nation's strictest anti-abortion bill to date. It bans nearly all abortions after 15 weeks gestation, without exceptions for rape or incest. The only exceptions to the ban, according to the complaint, is if the "woman is experiencing a medical emergency or in the case of a severe fetal abnormality."

A "medical emergency" is defined as a physical condition or illness that requires an abortion to "save a woman's life or to prevent a serious risk of substantial and irreversible impairment of a major bodily function."

After signing the bill, Bryant posted on Twitter, "I am committed to making Mississippi the safest place in America for an unborn child and this bill will help us achieve that goal."

In 2012, the Jackson Women's Health Organization also filed a lawsuit against a different bill Bryant signed into law imposing stricter requirements on abortion facilities, including the requirement that all physicians affiliated with an abortion facility admit patients to a local hospital. That bill was blocked by a federal district court in 2013.

According to Brewer, the organization has faced harassment from anti-choice organizations with offices placed strategically close to their facility.

"They [anti-choice organizations] find buildings close to or next door to abortion facilities so they can harass patients, staff and doctors at abortion clinics," Brewer told Radio Sputnik.

"These are people who are not medically licensed. They give patients incorrect information about how many weeks pregnant they are just so they won't have an abortion," Brewer said, suggesting that these organizations lure patients in to their offices for ultrasounds with the intention of providing them with false information.

At least 11 abortion providers have been murdered in the US since 1990. In addition, there have been 41 bombings and 173 arsons at US abortion clinics since 1977. Most recently, in 2015, a shooter at a Planned Parenthood clinic in Colorado Springs, Colorado, killed three and injured several others.

"They only care to belittle women as much as they possibly can. Everything is about control. The majority of people who stand outside the clinic and yell at patients are men. We have security outside of our clinic. We have escorts that have to walk patients in and out to protect them from harassment. It's not fair," Brewer told Radio Sputnik.

"Every time someone asks the governor about the healthcare, food stamps and child care he is taking away, he diverts from that question. Everything that he is cutting from the state of Mississippi has to do with children and yet he wants to pretend that he cares about children. He is spending millions of state tax dollars to close this clinic down. The lawsuit in 2012 cost him several million dollars. He is aware of that," Brewer added.

"We are fighting and we are not going to quit. We are going to fight until we can't fight anymore," she said, urging listeners to take action by calling the governor and demanding he revoke the bill.