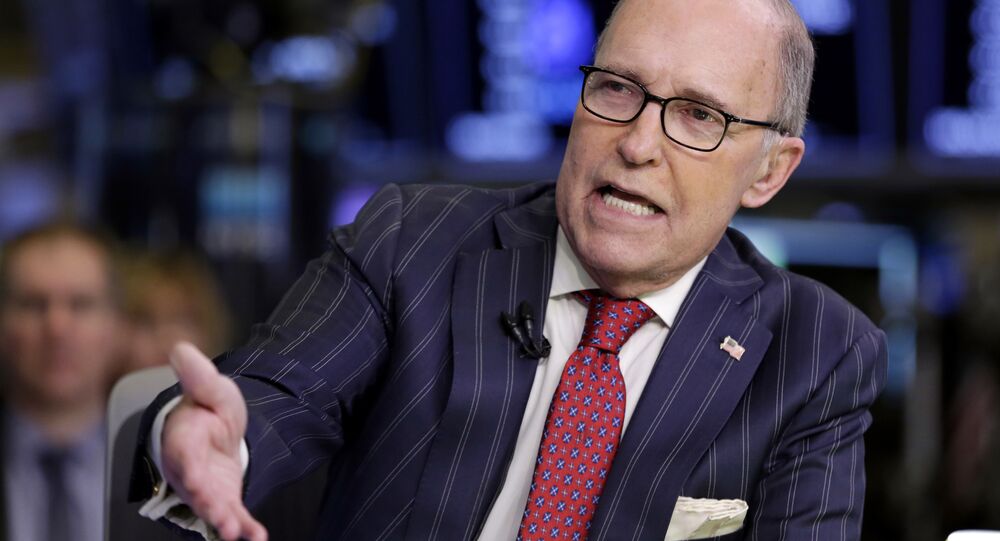 WASHINGTON (Sputnik) - Economic analyst Larry Kudlow has accepted an offer to serve as the new director of the National Economic Council, White House spokesperson Sarah Huckabee Sanders said in a statement on Wednesday.

"Larry Kudlow was offered, and accepted, the position of Assistant to the President for Economic Policy and Director of the National Economic Council," Sanders said. "We will work to have an orderly transition and will keep everyone posted on the timing of him officially assuming the role."

Kudlow is a conservative commentator and newspaper columnist who previously worked as a television host for the media outlet CNBC.

The move makes Kudlow second top economic adviser to president Donald Trump after Gary Cohn — a former Goldman Sachs executive who worked for Trump for more than a year — announced he would resign on March 6 over disagreements regarding the president 's decision to impose tariffs on steel and aluminum imports.

© REUTERS / Lucas Jackson
'Runs Through People Quickly': Trump Has 'Business' Management Style - Analyst
Last week, Trump signed an order that imposed 25 percent tariffs on steel imports and 10 percent duties on aluminum imports. The president’s decision was criticized by major US trade partners, including China and the European Union and warned they would impose countermeasures.

Meanwhile, US President Donald Trump is making a big error in selecting economic analyst Larry Kudlow to serve as the next director of the National Economic Council, Congressman Ted Lieu said in a statement.

"[Trump] is making a big mistake by selecting Kudlow," Lieu said via Twitter on Wednesday. "His ideas are harmful to America."

Lieu said he drew concern from an article written by Kudlow in which he argued for the invasion of Iraq because it would boost the stock market.

Trump Welcomes Apple's Decision to Invest $350 Bln in US Economy