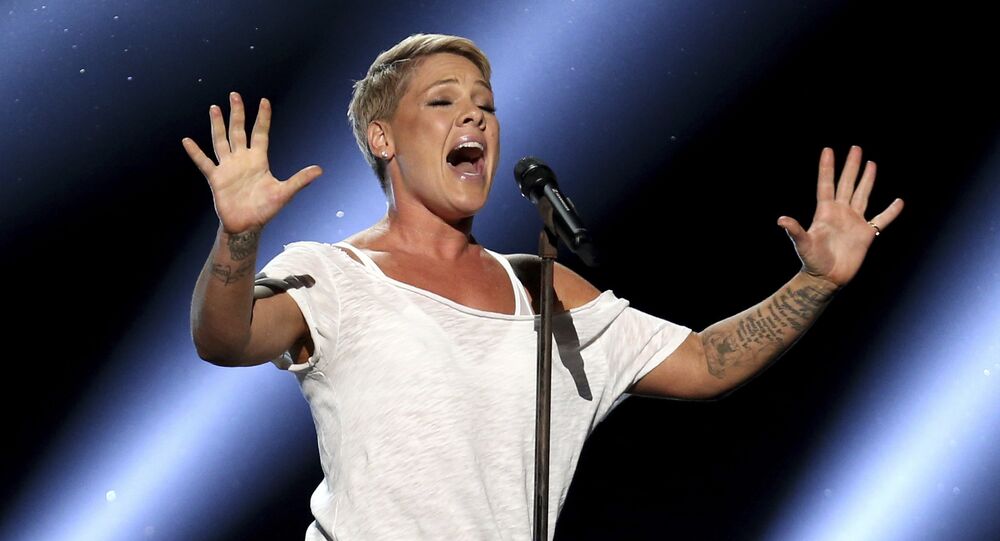 An Internet user criticized the artist's performance during the Super Bowl on his Twitter, but Pink returned the favor.

"If I've said it once, I've said it 1000 times. Pink sucks and if you like her singing you're dumb," a man nicknamed Dirty Couch wrote.

US rock star Pink made it up to him, posting a reply on her own Twitter account.

Yeah but altleast I suck while singing our countries national anthem, and you just suck by yourself on a dirty couch. #winning https://t.co/SfLQr9hVTq

You were awesome! Plz keep doing you! 💗

I loved your version of the national anthem. Your voice is amazing.

Proud to be dumb. 💁🏼‍♂️ pic.twitter.com/YPOgicjVPO

The Twitter exchange came as a result of an awkward move by Pink ahead of the performance, when she took something out of her mouth and was caught on camera doing so.

The singer later explained that she got flu and it was a lozenge against cough.