WASHINGTON (Sputnik) - Steve Wynn, a US casino mogul and ally of President Donald Trump, has stepped down as the finance chairman of the Republican National Committee (RNC) following reports of sexual harassment.

On Saturday, The Wall Street Journal newspaper reported citing Wynn's employees and other individuals, that these people had been subjected to sexual misconduct by Wynn.

"Effective today I am resigning as Finance Chairman of the RNC. The unbelievable success we have achieved must continue. The work we are doing to make America a better place is too important to be impaired by this distraction. I thank the President for the opportunity to serve and wish him continued success," Wynn said in a statement, cited by Politico new outlet late on Saturday. 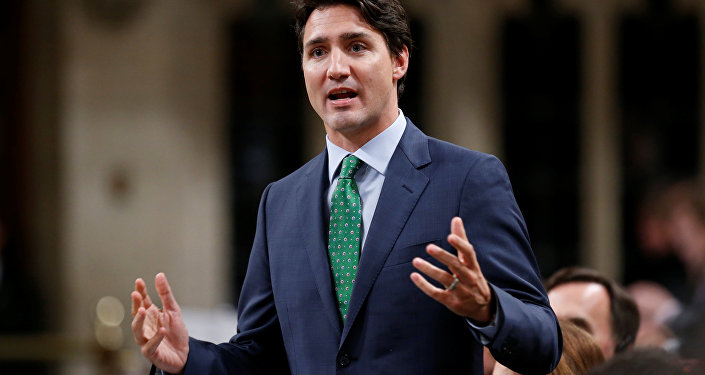 © REUTERS / Chris Wattie
Canadian PM Accepts Resignation of Minister of Sport Over Misconduct Allegations
Wynn denied the claims of his sexual misconduct and called the idea that he ever assaulted a woman "preposterous."

The ex-finance chairman of the RNC suggested that such claims were the result of his ex-wife Elaine Wynn who is seeking a revised divorce settlement.

The publication also cited Elanie Wynn's spokesman as saying that his client had never thought to renegotiate the deal.

After the Wall Street Journal's article emerged on Saturday, Wynn was criticized by Democrats, who had been blasted by the Republicans in autumn 2017 for receiving contributions from Harvey Weinstein, a movie mogul who is facing multiple allegations of sexual harassment.