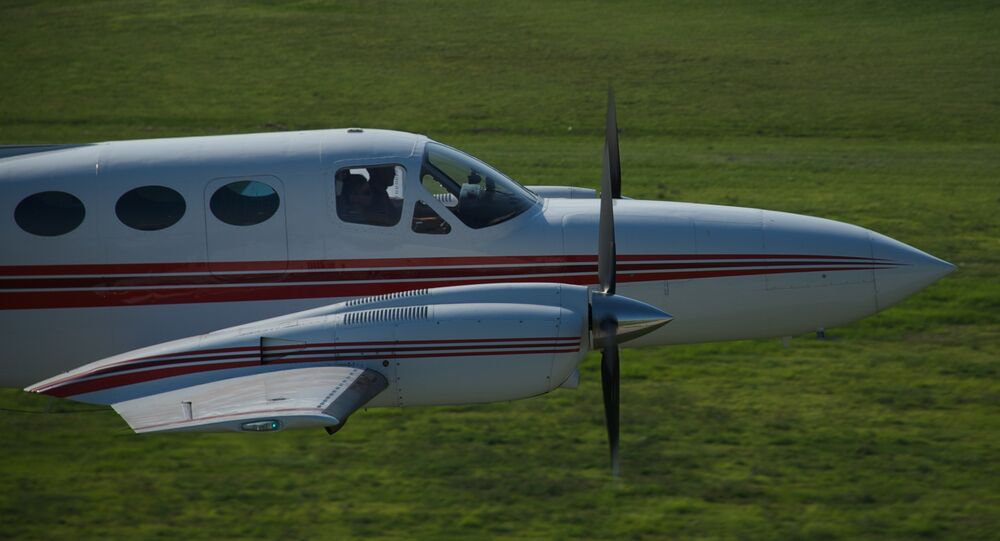 Five people, including four members of one family, were killed when their twin-engine plane crashed during takeoff Sunday morning at a small airport in Florida, local media reported.

The Cessna 340 aircraft was taking off from about 40 miles east of Tampa after 7 a.m. (noon GMT) in a dense fog when it crashed and caught fire, CNN reported, citing Sheriff Grady Judd.

FAA officials have confirmed 4 people were on board this Cessna 340 aircraft this morning and were attempting to take off from Bartow Municipal Airport when it crashed. The FAA and NTSB will investigate. Witnesses say this fog covered runways. pic.twitter.com/Ax0PGOeYII

There were no survivors and "no chance of survival," Judd said.

The relevant authorities will investigate the cause of the crash, the sheriff added.

According to media reports, the cause of the deadly incident may have been poor weather conditions. One of the firefighters dispatched to the crash scene reported a lack of visibility due to the "foggy" situation.

"Engine 461, Battalion 4, we're on scene now at the air base… it's really foggy. We're unable to see it from our location, I'm going to try to make it out onto the airfield,"  the firefighter was quoted as saying by ABC News.

Visibility at the time of the #PlaneCrash at #Bartow Municipal Airport was near zero. This is from #ASOS weather instrumentation at the airport. @WFLA @StormTeam8WFLA #FLwx pic.twitter.com/9KydJDBdPn

According to the airport's museum website, during World War II, the aerodrome functioned as the Bartow Army Air Field. After the war ended it was used as a flight school for US military training purposes and later was commissioned as the airport of Bartow.