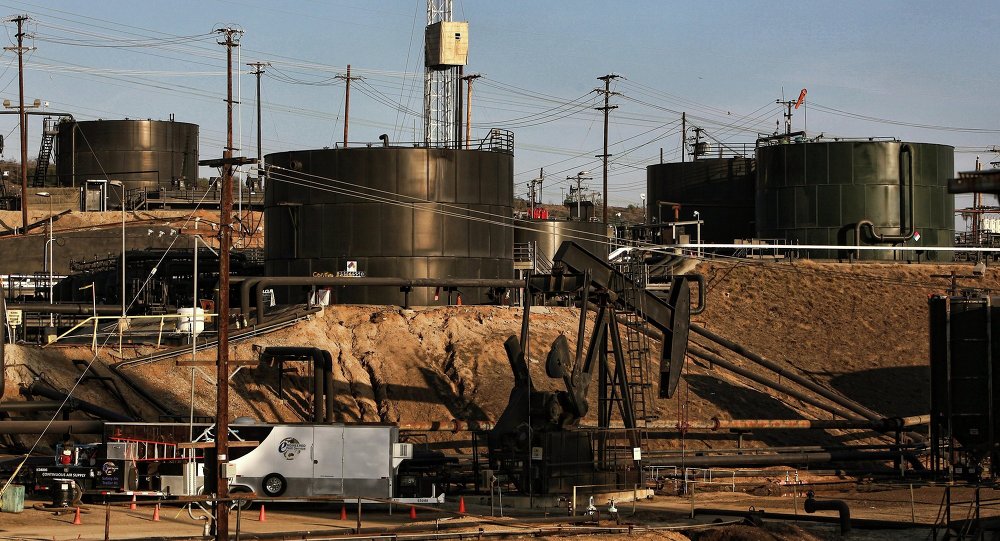 Trump Auctions Over 33,400 Acres of Public Lands in Nevada for Fracking

The Trump administration auctioned public lands in the US state of Nevada for oil fracking in violation of environmental laws, the Center for Biological Diversity said in a press release on Wednesday.

WASHINGTON (Sputnik) — On Tuesday, the Trump administration auctioned off 33,483 acres of public lands for oil drilling and fracking in Nevada’s Great Basin desert, the Center for Biological Diversity said in a press release.

The Center for Biological Diversity said in the release the Bureau of Land Management’s permit process was controversial because of the agency’s environmental assessment claims that fracking upstream from springs would cause no harm.

© AFP 2019 / Leon Neal
Plans of Fracking in UK's Lancashire Run Into Heated Opposition
The US Fish and Wildlife Service also agreed last week that fracking near springs would not threaten fish that live there, the release added.

Center for Biological Diversity Nevada State Director Patrick Donnelly said in the release that the Trump administration is serving the best interest of corporate energy companies while ignoring environmental regulations that protect wildlife and public health.

Trump has long advocated for US energy independence and rolled back Obama-era regulations that placed federal protections on public lands.

Fracking is a technique that uses high-pressure injection of water, sand and chemicals to extract oil and natural gas from underground shale formations. In addition to potential groundwater contamination from the chemicals, scientists have noted that fracking causes below-ground rocks to shift, potentially increasing seismic activity.