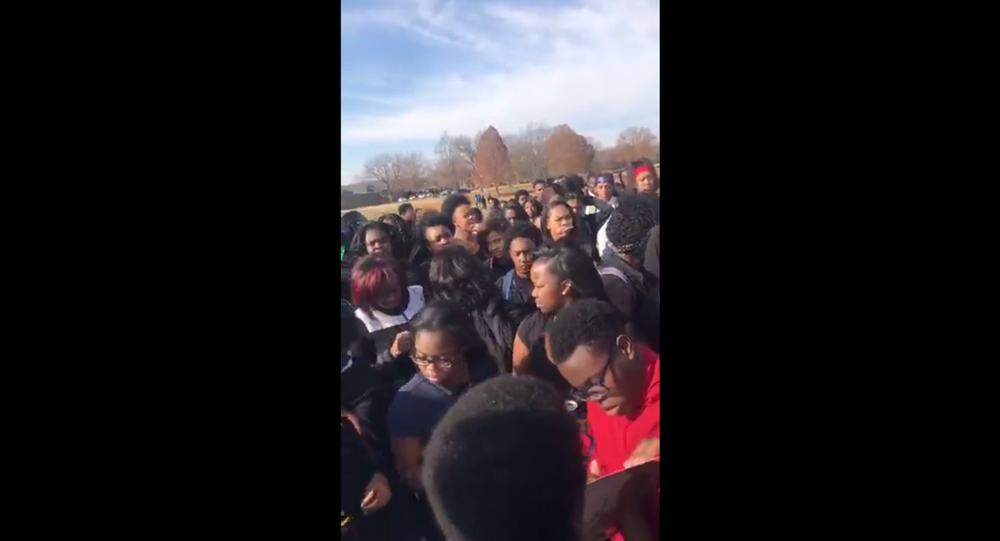 Both the principal and assistant principal at Tennessee's Haywood High School were suspended without pay Tuesday as the school district investigates racially charged threats made by student athletes at the school, the Jackson Sun reported.

When confirming the move to the outlet, Joey Hassell, the superintendent for Haywood County School, did not indicate the reason for the suspension.

The move comes one day after more than 200 students walked out of class to protest the school's administrators inadequate response to offensive comments made by student athletes discovered on Snapchat. The recorded conversations included statements about "stringing a n***er up" and "hang the n***er lovers and make an example out of them."

​The Snapchat exchanges are said to have come from members of the school's baseball team. The athletes were punished only by being made to write a 10-page essay.

Students became aware of the conversation after several screenshots were shared online.

"We all come together to fight against racism," Malik Green, a student who helped organize the protest, told local station WREG. "We just can't stand around for it anymore and we needed to take action."

Green, admitting he was "speechless" when he saw the posts, told the station that the school was just trying to "sweep [the issue] under the rug" by slapping light punishments on the students.

"These athletes were punished with a 10-page essay," Thelma Taylor, a mother of one of the Haywood students told the outlet. "A girl got in a fight and was suspended from school for a week, and that's not right."

Hassell initially responded to the social media conversation early Monday, saying that he'd only found out about the issue on Sunday and was going to be launching an investigation.

© REUTERS / Charles Platiau
'No White People Allowed': Racism in Reverse Feared to Be on the Rise in France
"I have also been in communication with Chief [Barry] Diebold and he has consulted with the District Attorney's office on the content of the message," Hassell wrote. "Based on review of the DA's office, it is my understanding that there will be no criminal charges; however, the school district will review the findings of the HHS investigation and determine what actions will be taken."

"Our job is to educate and protect all students. Hatred, racism, and bigotry have no place in our school district," the statement adds.

The official later said in a separate statement that the investigation was "fully supported by the Haywood County Board of Education."

Though students are planning to continue protesting until the student athletes are punished, Local Memphis reports that the school is scheduling a meeting that will involve officials from the NAACP.

The investigation is expected to continue through the end of the week, the publication reported.