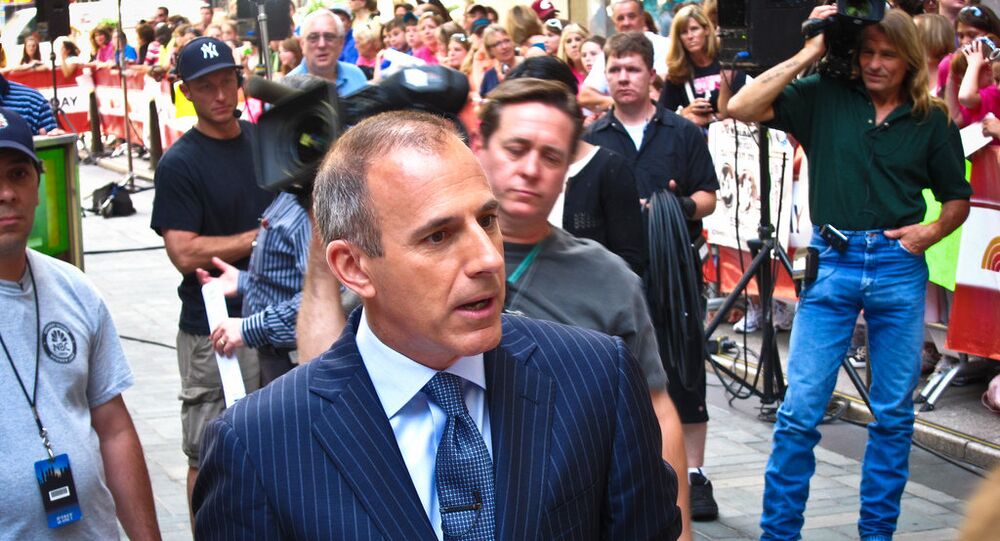 The scandal surrounding an NBC News host, who was fired for "inappropriate sexual behavior in the workplace" on Wednesday, has got a new twist.

NBC News host Matt Lauer has apologized for "the pain" which he said he has "caused others by words and actions."

"To the people I have hurt, I am truly sorry…as I am writing this I realize the depth of the damage and disappointment I have left behind at home and at NBC," E! Online quoted Lauer as saying in a statement on Thursday.

He expressed regret over the fact that "repairing the damage will take a lot of time and soul searching."

Matt Lauer apologizes, says he's 'soul searching.’ Because a soulmate is now out of the question. #MattLauer

Earlier, it was reported that President of NBC News Andrew Lack decided to fire Lauer after the "detailed complaints" about Matt Lauer's "inappropriate sexual behavior in the workplace" were made "by a colleague" on Monday night.

He was GOD in the morning shows. Well, made of mud

Upon "seriously" reviewing the allegations, NBC News described them as a "clear violation of the company's standards," which finally saw Lauer getting the boot.

Have you read #MattLauer statement issued the day after being fired from his $25M host job w NBC. It begins: ‘There are no words to express my sorrow'. How will victims react? Did it go far enough? Self-serving?