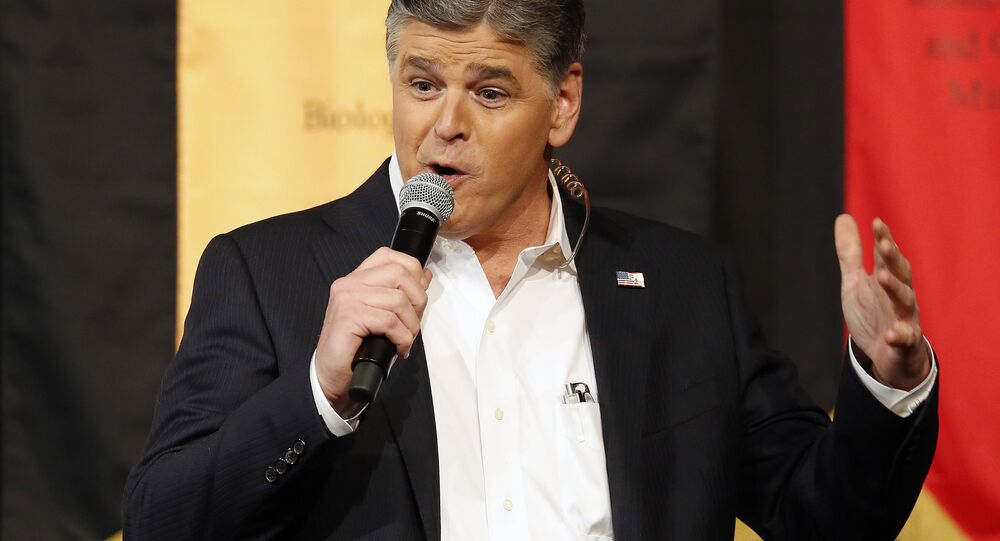 After the broadcast of a controversial interview with a senatorial candidate accused of sexual assault, two companies have pulled their advertising from Sean Hannity's program - and historical precedents suggest not only that more may follow, but the show could be pulled from the network outright.

"Every single person in this country deserves the presumption of innocence," said Hannity during the program, which included ad spots from both companies.

Angelo, thank you for your concern and for bringing this to our attention. We worked with our media partner and FOX news to stop our ad from airing during the Sean Hannity Show.

​While Twitter users contacted Kuerig and Realor.com about their ads appearing in the break following the interview, neither has officially confirmed the reason for the pull — although Keurig has indicated via the social media platform it has moved to stop its ads airing during Hannity's show.

While several accusations have been leveled at the Republican candidate, Leigh Corfman's have been the most notable. Corfman claims in 1979, when she was aged 14, then-district attorney Moore, 32, approached her outside a courtroom where her parents were attending a child custody hearing. He proceeded to meet her on two more occasions, kissing and undressing her, and forcing her to touch his genitals.

Two other women — similarly both teenagers when Moore was in his 30s — have come forward with analogous stories.

In all, The Washington Post's original story on the allegations included no less than 30 sources, four of whom went on record.

Moore, who has made his conservative Christian values the centerpiece of his campaign, has dismissed the claims as a "desperate political attack" by the Democrats and Washington Post.

​Several prominent Alabama officials have come forward in Moore's defense, arguing her charges are false, on the basis she has previously been married three times and filed for bankruptcy. Moore's own campaign labelled the allegations "fake news."

Despite the damaging accusations swirling around Moore, polls conducted since the stories surfaced have generally placed the hopeful on a par with Democratic opponent Doug Jones — just one, conducted by JMC Analytics, has Jones ahead (by four points), although surveys published by the same pollster prior to the child sex abuse charges had Moore ahead by almost eight points. The election takes place December 12.

If the companies have indeed pulled their advertising from the network due to Hannity's programming, it will not be the first time major businesses have sought to distance themselves from a Fox host. Previous high profile incidences of this phenomenon saw prominent hosts lose their jobs.

In April 2017, Bill O'Reilly left Fox after at least 50 firms pulled ads from space in and around The O'Reilly Factor, then-cable news' highest rated program, when it was revealed the host had spent somewhere in the region of US$13 million settling five separate sexual harassment cases.

"It almost makes no sense for anyone to stay in the show at this point. For national brands, this is just the kind of thing that is too much trouble," an anonymous executive explained to Adweek at the time.

Sean Hannity is TERRIFIED that #FireHannity advertising boycott will force him off the air, just like Bill O'Reilly. https://t.co/ukf9VHSbTa

​Ironically, five months are his ouster, O'Reilly returned to the network via Hannity's program — and many of the companies that dropped O'Reilly's show again found their ads again associated with the disgraced TV journalist, as they still sponsored Hannity's program.

Glenn Beck was dropped by Fox in June 2011 on much the same basis — 285,000 people signed a petition harshly criticizing Beck's incendiary racially-infused rhetoric, meaning few advertisers wished to associate their brand with the host. In all, the show lost over 300 "sponsors" over the course of two years.

In essence, commercial TV programming is structured upon supply and demand — the Fox News hosts effectively supplied 20-30 minutes of advertising time in and around their shows, and the network depended on advertiser demand to generate profits. Advertiser pullouts created a significant and potentially permanent demand deficit, and a massive, possibly irremediable supply surplus — and declining profits for the network as a result.