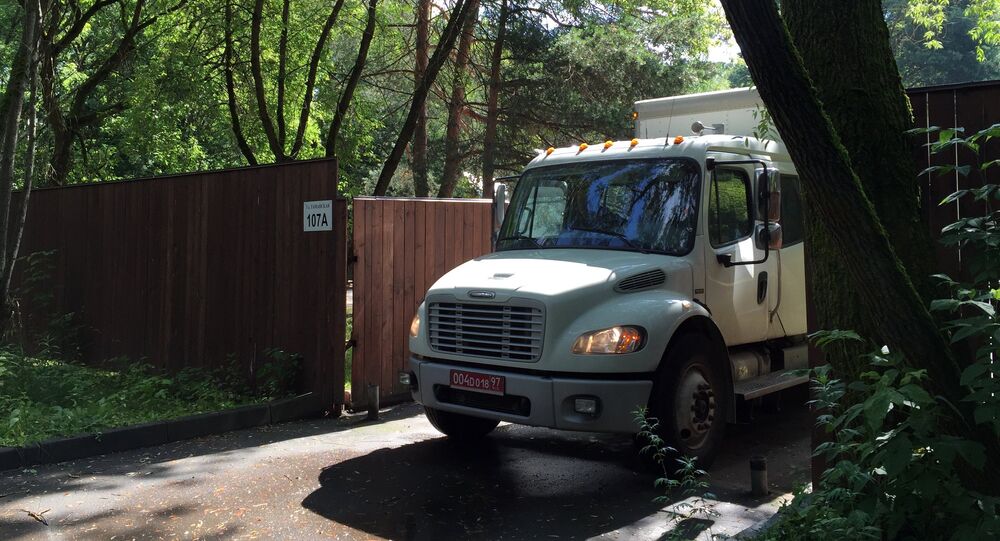 The Russian UN mission’s legal adviser said that every request with the State Department to check overseas diplomatic properties has been rejected without any explanation.

UNITED NATIONS (Sputnik) — The US State Department has been turning down Russia’s requests to check on the overseas diplomatic properties that have been off limits to it since last year, the Russian UN mission’s legal adviser has said.

Speaking at the UN’s Sixth Committee meeting on legal issues, Senior Counsellor Maxim Musikhin said Thursday that US authorities effectively seized two compounds in Maryland and on Long Island in late December 2016 over Russia’s alleged meddling in the US election.

© AFP 2020 / Mladen ANTONOV
US Embassy Says Actions Regarding Russian Diplomatic Property 'Legal'
Since then, Russia has filed 20 requests with the State Department to access the sealed buildings to make sure there have been no accidents, but all of them have been rejected without any explanation, he said.

Musikhin called US actions blatantly arbitrary, saying the Russian mission expected the United States to abide by international laws. He also said that the UN Committee on Relations with the Host Country had called for the lifting of all restrictions on the properties.