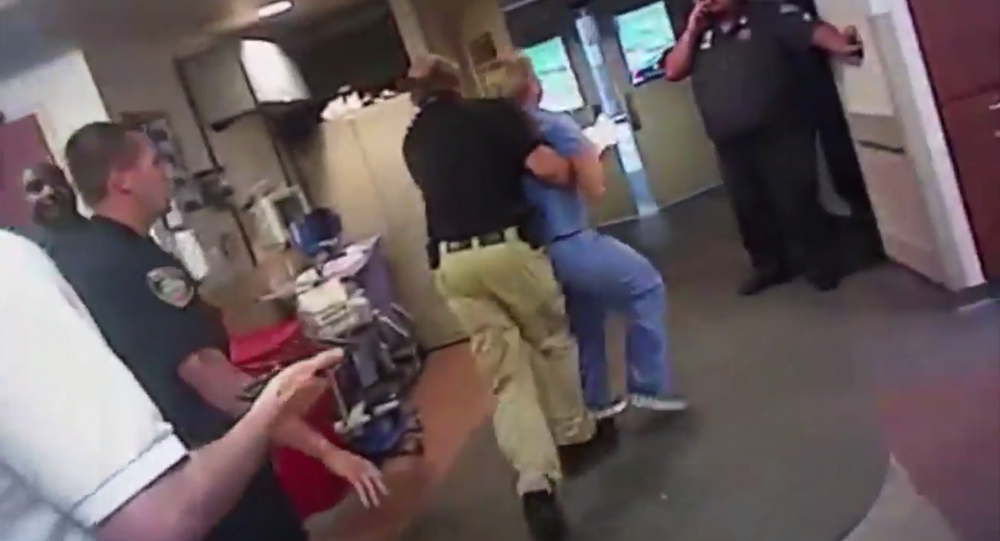 Alex Wubbels, the Utah nurse who was violently arrested in July by Salt Lake City police for not drawing the blood of an unconscious patient, announced at a Tuesday press conference that she reached a $500,000 settlement in her case.

According to local news station KTLA, Matthew Rojas, a spokesman for Salt Lake City Mayor Jackie Biskupski, said the city and the university each agreed to pay $250,000 to settle the matter.

"There will be no legal lawsuit. This part is over," Karra Porter, Wubbels' attorney, said at the conference. "We're hoping the discussion about body cameras continues."

Aside from using a portion of the settlement to help others obtain body camera footage from police, Wubbels announced that she also plans to drop a donation to the Utah Nurses Association and help promote the #EndNurseAbuse campaign launched by the American Nurses Association.

​"We all deserve to know the truth and the truth comes when you see the actual raw footage and that's what happened in my case," Wubbels told reporters. "No matter how truthful I was in telling my story, it was nothing compared to what people saw and the visceral reaction people experienced when watching the footage of the experience that I went through."

"I am not in the business of setting anyone up for failure. I want us to be successful in moving forward. And I think this is a small step we can provide to enable that potential success if we are going to start asking the police departments to have body cameras," Wubbels added.

​According to an agreement between the hospital and the police department, if law enforcement officials want to obtain blood samples they must meet at least one of three requirements: the patient gives consent, the patient is under arrest, or a search warrant is presented.

In the nearly 20-minute altercation, Payne, though he acknowledged the criteria was not met, repeatedly insisted that the blood be drawn, ultimately threatening Wubbels that if she did not comply she would be arrested and charged.

Shocked, Wubbels contacted her supervisor, but just minutes into the conversation the detective took action.

Payne then dragged the nurse outside of the hospital.

"Help! Help! Somebody help me!" Wubbels is heard yelling on the footage as she's being put in handcuffs. "Stop! Stop! I did nothing wrong!"

Payne was fired from the Salt Lake City Police Department in October and his supervisor, James Tracy, was demoted to the rank of officer for giving Payne the go-ahead on the arrest.

Per the Salt Lake Tribune, the patient at the center of the dispute was William Gray, a 43-year-old truck driver and part-time reserve officer with Idaho's Rigby Police Department. Gray, who later succumbed to his injuries, was hospitalized after a 26-year-old driver crashed into his truck.