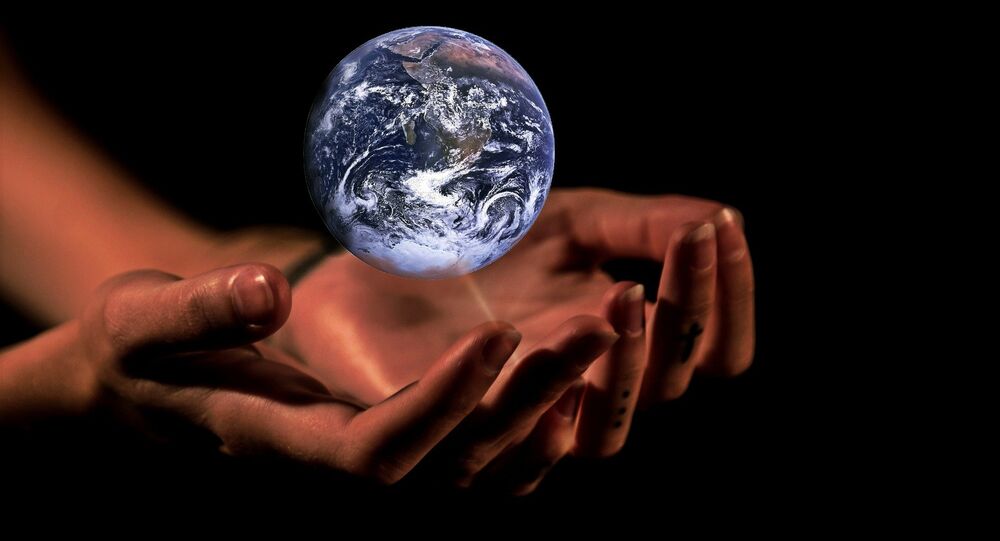 An indigenous tribe in the US has challenged Donald Trump's decision on the withdrawal from the Paris climate accord, which is aimed at keeping the increase in average global temperature below 2 degrees Celsius above pre-industrial levels by reducing greenhouse gas emissions.

MILWAUKEE (Sputnik) — The Quinault Indian Nation (QIN) in the US state of Washington is working on a legislative initiative to tax carbon emissions as part of the effort to combat climate change, QIN President Fawn Sharp told Sputnik.

"Our tribe is working on a ballot measure to take to the citizens in the state of Washington around climate change. We believe that there should be a 25 percent carbon tax," Sharp said. "We are working on a legislative proposal at home. We just recognize that this is the greatest existential threat facing our generation."

Sharp said that any new revenues, such as from carbon taxation, should be closely tied to adopting and mitigating the impacts of climate change.

© AFP 2020 / Nicholas KAMM
US Tribes May Face Severe Budget Cuts
The president added that they expect significant amounts of revenue, and believe those should be invested strategically, for example, in salmon recovery efforts or to prevent wild fires.

"There is so much behind trying to keep carbon emissions out of the public discourse that the average citizen understands it's a problem. But there is just so many corporate and special interests that keep us from adopting a good policy," the president added. "But it's the beauty of being a tribal nation. We have the ability to adopt policies that reflect values. We value clean waters, we value our salmon, we value so many things that are tied to the natural world and environment. We have ceremonies around these things."

Sharp shared that the people of the Quinault tribe see experience and see the impact of climate change first hand.

"I live in a place where we have had to declare states of emergency," she explained. "The ocean is encroaching upon our village, the glacier that fades the Quinault river has disappeared and melted. We have a first-hand view of the impacts of climate changing."

© AFP 2020 / RHONA WISE
Repealing Obamacare May Severely Impact Native American Tribes
"It's just unthinkable that the [President Donald Trump] Administration is not taking a proactive stance and is unwilling to proactively address the impact of climate change," Sharp added.

On June 1, Trump, who repeatedly criticized the Paris climate agreement during the election campaign as potentially dangerous for the economy, announced the US withdrawal from the accord. The move has been slammed by a number of US politicians and also prompted condemnation from other participans of the agreement, in particular, French President Emmanuel Macron.

The agreement aims to keep the increase in average global temperature below 2 degrees Celsius above pre-industrial levels by reducing greenhouse gas emissions. Each party to the deal has agreed to cut emissions and is expected to produce plans for achieving the stated goals, determine a time line and report on achieved progress.