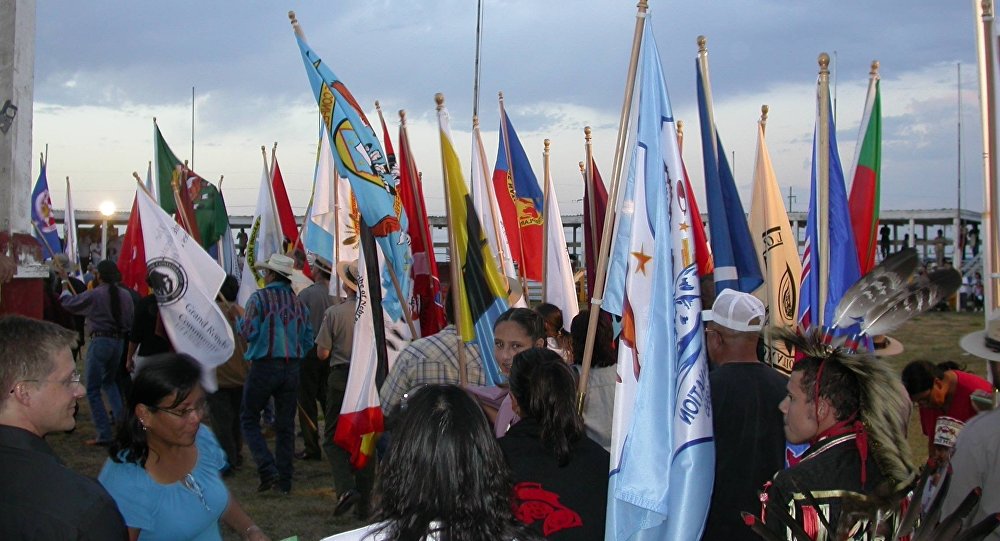 The six-day event in Milwaukee kicked off on October 15 focuses on pressing matters, including tribal legislation, health, education and Native vote. Sputnik has spoken with a tribe's elder on the issues the indigenous group is facing.

"The full-blooded Indians, we are getting together to set up our own recognition, almost 3000, to get recognized as a disappearing indigenous group," Clown stated on Monday. "We are working on that currently."

Clown noted that only 2,748 full-blooded Indians left in the 24,000-member tribe, and explained what the process of recognition as a disappearing indigenous group is like.

"First, our tribe has to recognize us, and that's hard to get, and then we would go to the indigenous group, and the United States will have to be aware of that," she said.

© AFP 2019 / RHONA WISE
Repealing Obamacare May Severely Impact Native American Tribes
Clown spoke on the sidelines of the 74th Annual Convention & Marketplace in Milwaukee, Wisconsin, organized by the National Congress of American Indians (NCAI) where the representatives of the tribes gathered to discuss the pressing issues facing Native Americans.

"We have several societal issues. One of them is our tribe is centrally located in South Dakota, and there is no economy there, but ranching and farming," Clown said. "Not all 24,000 of us can be a rancher or a farmer. There are no businesses that are coming in there to set up jobs. We have a lot of water and a lot of land, but we are in central Dakota, and we are so isolated, that it's hard for companies they don't want to come here. It is hard for our health and education."

The elder also said the Cheyenne River Sioux tribe is experiencing a housing and education crisis as well as is fighting to preserve its native language.

The six-day event in Milwaukee, which kicked off on Sunday and will last through October 20, will focus on pressing matters, including tribal legislation, health, education and Native vote.