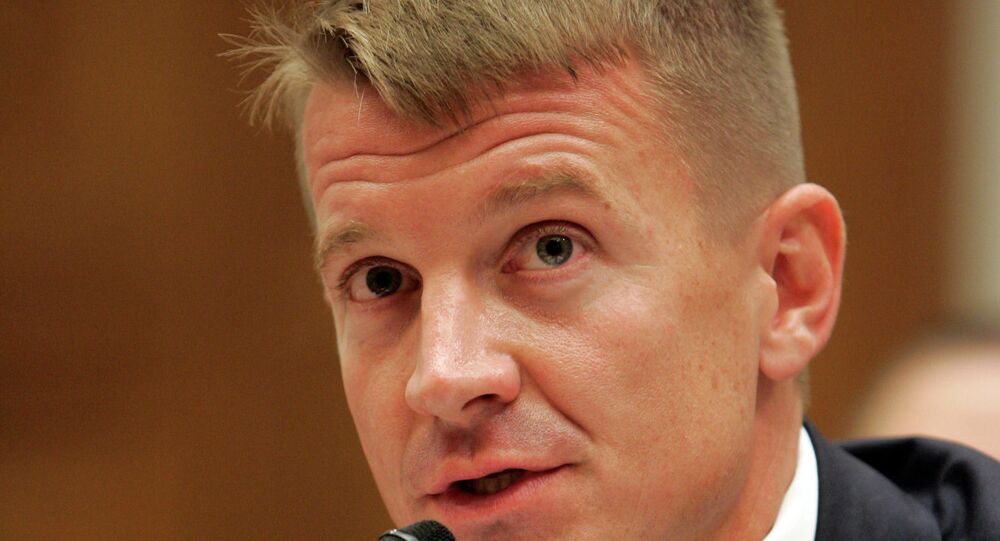 Former Navy SEAL and founder of Blackwater military company Erik Prince may run for the US Senate in Wyoming, after being encouraged to enter the political sphere by US President Donald Trump’s former chief strategist, Stephen Bannon.

According to the New York Times, Prince, a Trump supporter who contributed at least $250,000 to the president's successful campaign bid, visited Wyoming over the weekend to voice his interest in taking over Republican Senator John Barrasso's seat in the primary elections.

The NY Times reported that Wyoming is "attractive" to Prince, who is the brother of US Education Secretary Betsy DeVos, "because it has none of the personal political entanglements he would face in his home state of Michigan."

Prince's strategy for privatizing the 16-year US war in Afghanistan by using for-hire mercenaries and contractors was met by dismay by many, but was heavily promoted by Bannon when the former remained in the good graces of the Trump White House.

Blackwater — now rebranded as Academi — faced high-profile lawsuits for 2007 misconduct in Iraq after some of the company's employees killed 14 unarmed Iraqi civilians at a Baghdad traffic center.

This is not the first time that Bannon has promoted public figures to elected office who have polarizing backgrounds.

Moore has been criticized for his anti-Muslim, anti-gay and far-right beliefs. In addition, he is a proponent of a conspiracy theory claiming that former President Barack Obama is not a US citizen.

Bannon’s Insurgency: Can He Take Down the RINOs?

Bannon More Helpful on the Outside?; Race Politics in Georgia