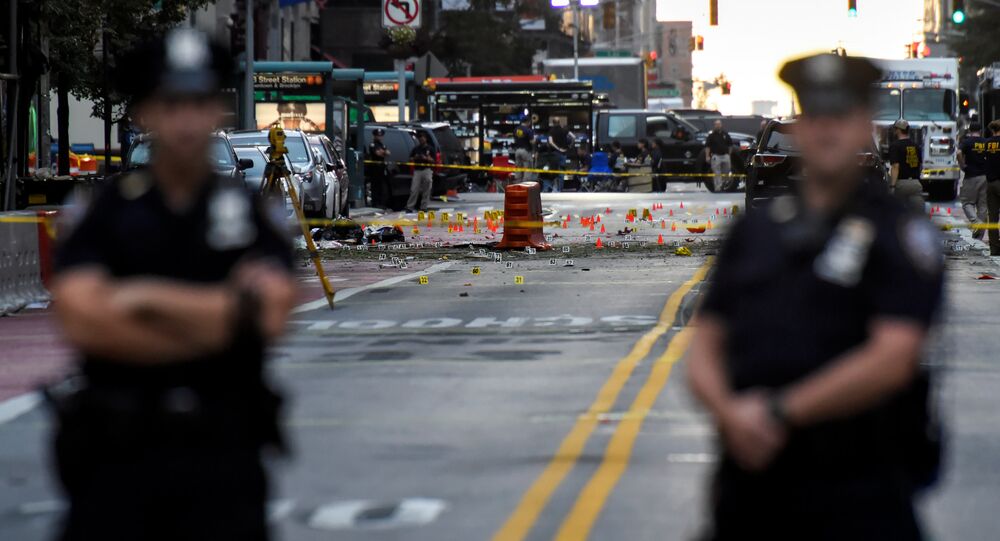 The FBI and the NYPD successfully thwarted terrorist attacks in New York City during the summer of 2016 with the help of an undercover FBI agent.

MOSCOW (Sputnik) — US Manhattan Attorney's Office unsealed on Friday charges against three men accused of plotting terrorist attacks in New York City during summer of 2016, which were foiled by the US Federal Bureau of Investigation (FBI).

"Law enforcement – the FBI and the NYPD – successfully thwarted this terrorist plot. An undercover FBI agent (the "UC") convinced the defendants that the UC was an ISIS [Daesh terrorist group, banned in Russia] supporter prepared to carry out the attacks with them," the statement read.

The defendants, namely Abdulrahman Bahnasawy, a 19-year-old Canadian citizen, Talha Haroon, a 19-year-old US citizen residing in Pakistan and Russell Salic, a 37-year-old Philippine citizen declared allegiance to Daesh when they communicated via the Internet and were planning to carry out the attacks in New York's public places, during Islamic holy month of Ramadan.

Protecting the US from terrorism attacks is our top priority. Full details on charges against 3 men plotting attacks https://t.co/kiTfFuOuP6

Bahnasawy was arrested in May 2016 in New Jersey and later pleaded guilty to terrorism offenses, while Haroon and Salic were detained in foreign countries and US authorities expect them to be extradited to the United States, the Attorney's Office added.