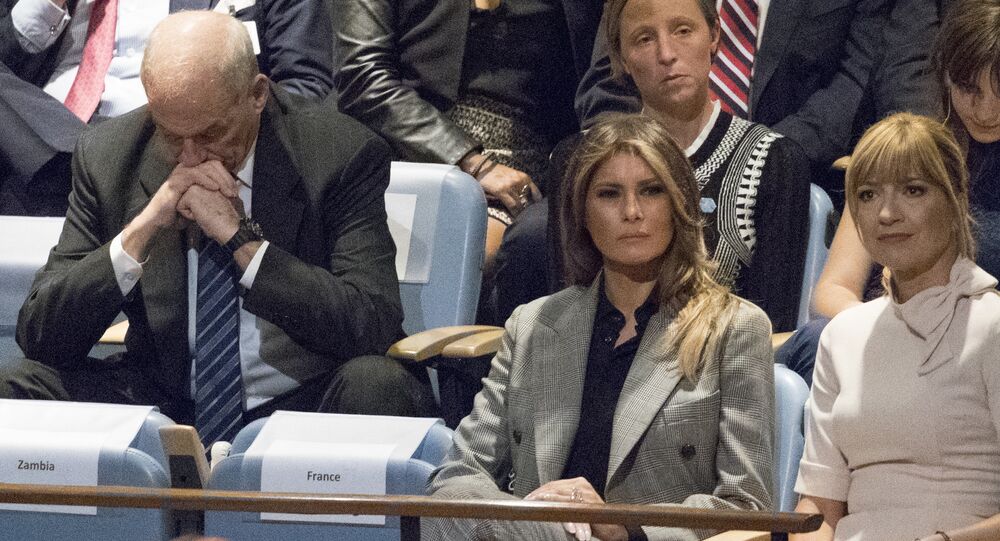 Sitting right behind First Lady Melania Trump, Kelly, once dubbed the Beacon of Discipline by the New York Times, was spotted putting his left hand over his head while the US Commander in Chief was addressing the 193-nation body.

Photos of the White House chief of staff’s frustrated reaction immediately went viral online resulting in a flurry of tweets.

Some people noted that retired General John Kelly was having a bad day and questioning his own legacy during Trump’s speech.

Gen. John Kelly is universally respected for his service to the nation, but seemed to be questioning his own legacy at Trump's #UNspeech. pic.twitter.com/KpwCdS68CB

​​One Twitter user noticed the similarity between John Kelly and a Star Trek meme.

​Some suggested that the people sitting right next to Kelly did not look particularly happy about the president’s speech.

John Kelly listening to President Trump at UN. Because nothing says I support my boss like showing you DON'T support him to the ENTIRE WORLD pic.twitter.com/dn48FAIOo2

​Others thought Melania Trump was looking at the president in a bewildered manner.

John Kelly and Melania listening to Trump at the UN is all of us. pic.twitter.com/9eCh3eaTAm

​This isn’t the first time the White House chief of staff looked upset during a Trump speech, though.

He reacted in a similar fashion last month when Trump told reporters that there were bad guys “on both sides” of the riots in Charlottesville, Virginia, that left one woman dead and injured dozens of others.

Trump Speaks at UN General Assembly, It Was Very Trump-Esque