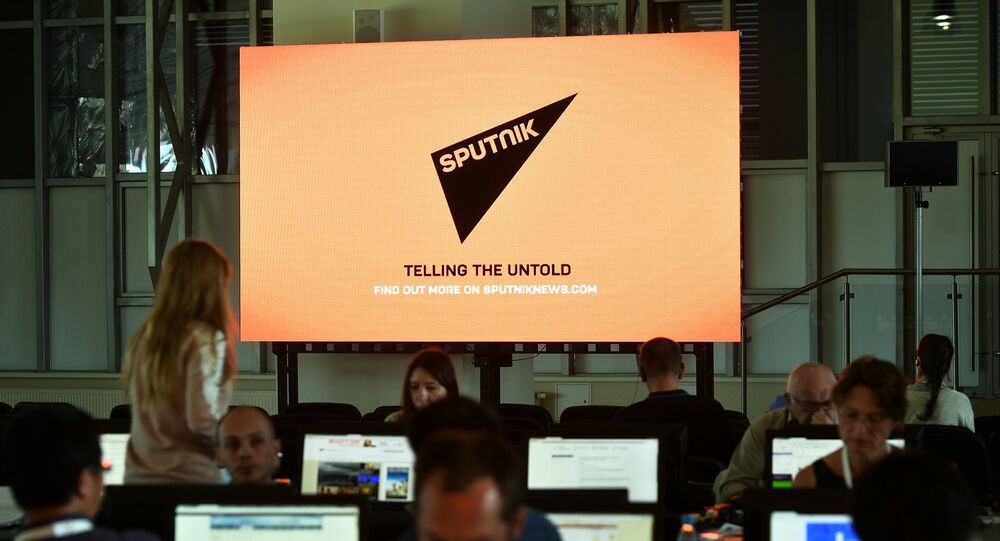 The US Federal Bureau of Investigation (FBI) questioned former Sputnik employee Andrew Feinberg as part of the investigation of reports that the agency allegedly acted as a Russian propaganda agency in violation of the US Foreign Agents Act (FARA), Yahoo News reported Monday citing anonymous sources.

WASHINGTON (Sputnik) — The portal claimed that the FBI also received access to Sputnik's working correspondence of Feinberg and another former employee of the agency's Washington bureau, Joseph John Fionda.

The news comes after a bill was submitted to the House of Representatives of the US Congress to amend requirements for registration of foreign agents under the FARA. The project involves the allocation of additional powers to the US Department of Justice, which includes the FBI, to identify and prosecute organizations that "illegally" try to influence the political processes in the United States.

© Sputnik / Mikhail Voskresenskiy
Russian Lawmaker: US Understands Freedom of Speech as Freedom for US Media Alone
The FBI itself did not respond to the official inquiry on whether it conducted an investigation against the agency within two days, Mindia Gavasheli, editor-in-chief of the Sputnik Bureau in Washington DC, said.

According to Gavasheli, "the request was sent on Saturday to the National Security Division of the US Justice Department to confirm or deny information that an investigation is underway in relation to Sputnik." Gavasheli specified that he indicated the willingness to answer FBI's questions if any arise.

"There had been no reply yet. Unfortunately, the media reports that an investigation is being conducted against us are not surprising, since the atmosphere of hysteria in relation to everything that belongs to Russia has been created in the country, and everything with the word 'Russian' is seen through the prism of spy mania. We are journalists, and mostly Americans work here. We believe that any assumption that we are engaged in anything other than journalism is an absolute lie and fabrication," Gavasheli pointed out.