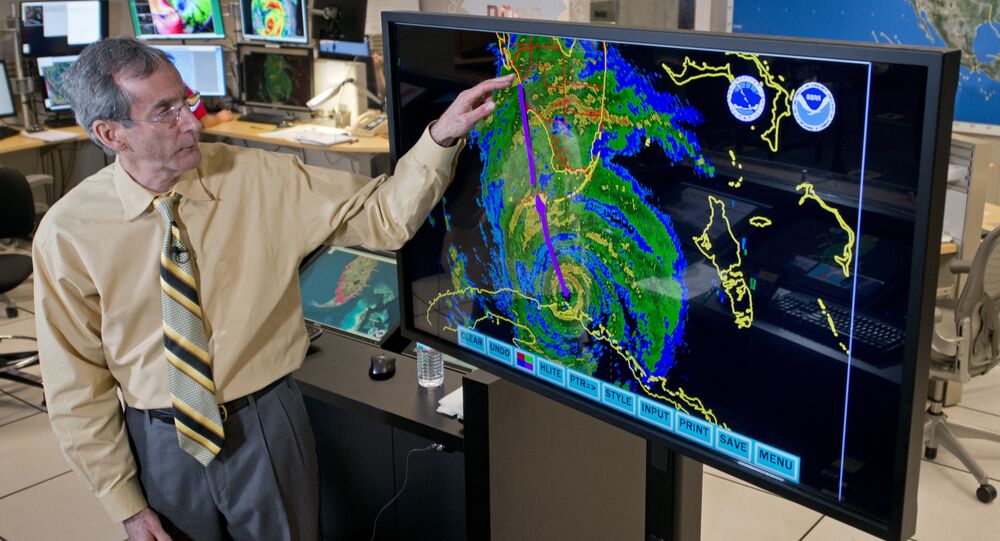 According to US National Hurricane Center, Irma was reclassified up to Category 4 as it continues to move closer to Florida coast.

MOSCOW (Sputnik) – Hurricane Irma has been reclassified as a Category 4 Hurricane; it continues to edge closer to the Florida keys, the US National Hurricane Center tweeted Sunday.

Hurricane #Irma Advisory 44A: Irma Now a Category 4 Hurricane as it Gets Closer to the Lower Florida Keys. https://t.co/VqHn0uj6EM

​The National Weather Center in Jacksonville, Florida, has updated threat categories for the state, warning that massive rainfall and strong winds would be widespread.

Meanwhile, Governor Rick Scott is urging local residents to stay "indoors and away from windows" as Irma approaches.

Hurricane Irma ripped through the islands of the Eastern Caribbean on Wednesday en route to the US state of Florida, leaving a trail of destruction in its path, including the French overseas territories Saint-Martin and Saint-Barthelemy, which belong to France's overseas department of Guadeloupe.

​Irma is the most intense hurricane to appear over the Atlantic in the past decade. It is considered to be even more powerful than the recent Hurricane Harvey, which recently slammed into Texas, causing major flooding.