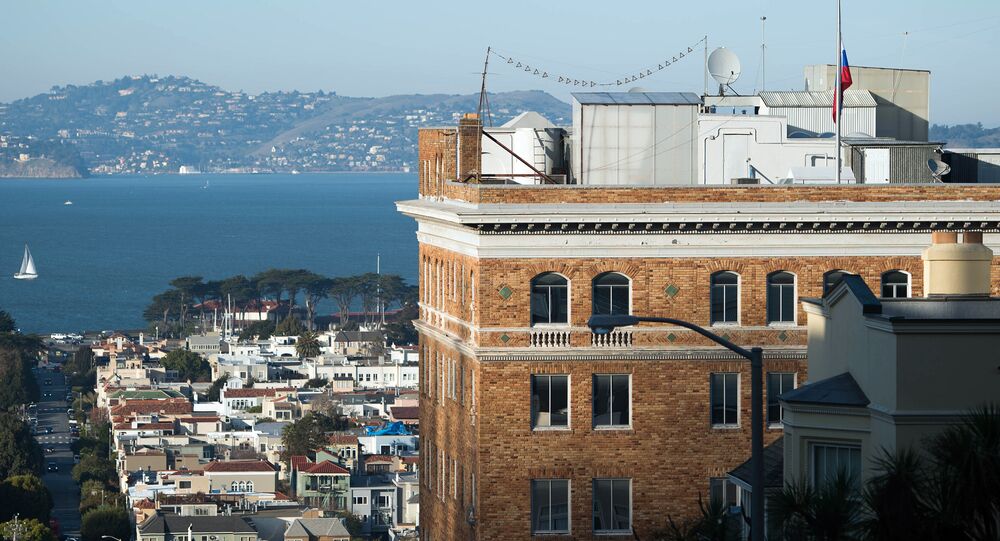 A State Department spokesperson reported that US officials have built a barrier at the seized Russian Consulate General in San Francisco to allow diplomats to access their residences at the property without entering the secured offices.

WASHINGTON (Sputnik) — US officials have built a barrier at the seized Russian Consulate General in San Francisco to allow diplomats to access their residences at the property without entering the secured offices, a State Department spokesperson told Sputnik.

"This week we brought in outside contractors to construct a partition between the office space and the residential area of the building, and to secure the offices and sheds on the roof of the consulate," the State Department spokesperson said on Wednesday. "That work is now complete."

The State Department informed the Russian government that it would build the barrier before the work began and invited Russian officials to watch as construction was taking place, the spokesperson said.

Russian diplomats living in the apartments will be allowed to remain there until October 1 so they have time to pack their things, the spokesperson said.

© AFP 2021 / Josh Edelson
Russia's Decision to Sue US Over Consulate Closure Could Help Solve Conflict - California Governor
The spokesperson reiterated that US officials did not ransack or damage the Consulate General in San Francisco or any other Russian facilities it shuttered last Saturday.

The Russian Foreign Ministry earlier on Wednesday posted a video on Facebook showing several people engaging in what it called "unknown works" at the Russian Consulate General in San Francisco, saying they were behaving "like raiders."

Washington ordered the closure of Russia's Consulate General in San Francisco and two other diplomatic missions in New York City and Washington, DC by September 2.