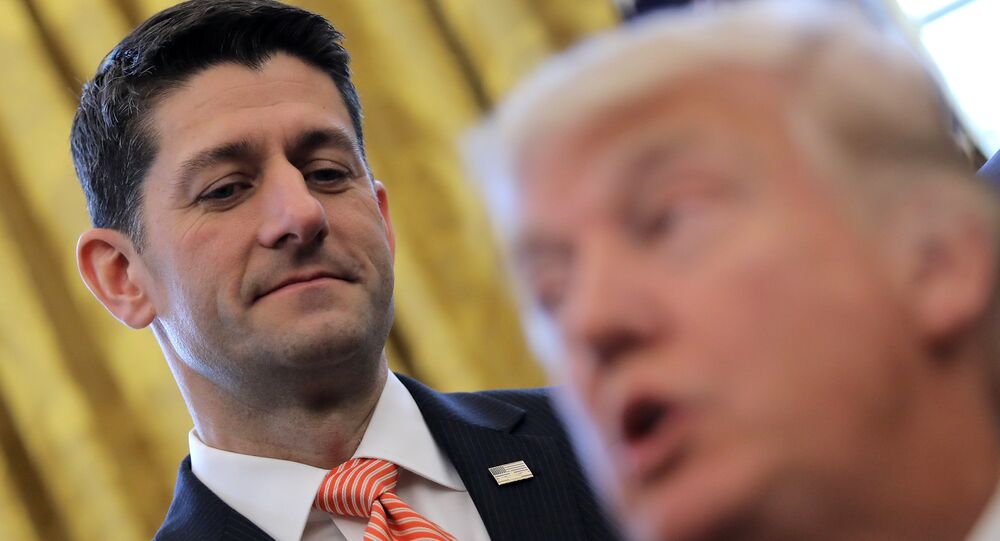 US House of Representatives Speaker Paul Ryan said that the US sanctions bill targeting Russia, Iran and North Korea are a "message coming from Congress."

© Sputnik / Igor Mikhalev
Trump May Either Sign US Anti-Russia Sanctions Bill or Negotiate 'Even Tougher' One - Scaramucci
WASHINGTON (Sputnik) — The US House of Representatives approved by a 419-3 vote on Tuesday a new version of a bill that would impose sweeping sanctions on Russia, Iran and North Korea, and limit President Donald Trump’s ability to lift the restrictions on Moscow. The measures target Russia's defense, intelligence, mining, shipping and railway industries, and restrict dealings with Russian banks and energy companies. The proposed bill also considers Russia's Nord Stream 2 gas pipeline project as a threat to Ukraine's and the European Union's energy security.

Earlier in the day, France and Germany spoke out against the bill as one that adversely affects European industries while advancing US commercial interests.

According to Senator Mark Warner, the US Senate is expected to pass a bill to slap sanctions on Russia, Iran and North Korea in "short order."