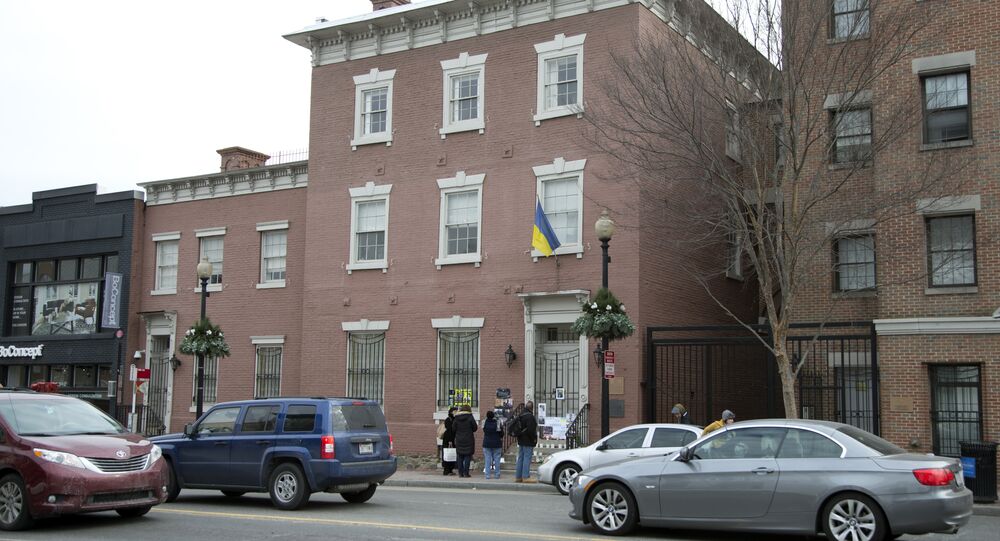 Ukrainian authorities did not assist any candidate in the 2016 US presidential election, according to official statement of the Ukrainian embassy in Washington, DC.

© AP Photo / Evgeniy Maloletka
US Envoy to Ukraine Claims War in Donbass is 'Russian Aggression', Not Civil War
WASHINGTON (Sputnik) — The government of Ukraine did not assist any candidate in the 2016 US presidential election, the Ukrainian embassy in Washington, DC said in a post on its official Twitter account on Tuesday.

"We stand by our words that the government of Ukraine didn't help any candidate in [the] election." the embassy stated. "Ukraine is proud of bipartisan support in the United States."

Earlier on Tuesday, US President Donald Trump reiterated a claim that Ukraine tried to sabotage his campaign and promote that of his opponent Hillary Clinton.

In a Twitter post, Trump also criticized US Attorney General Jeff Sessions for not investigating the alleged link between Kiev and the Clinton campaign.

The website cited Chalupa as saying she occasionally shared her findings with the DNC and Clinton campaign officials and discussed Manafort with Ukraine’s Ambassador to the United States Valeriy Chaly.