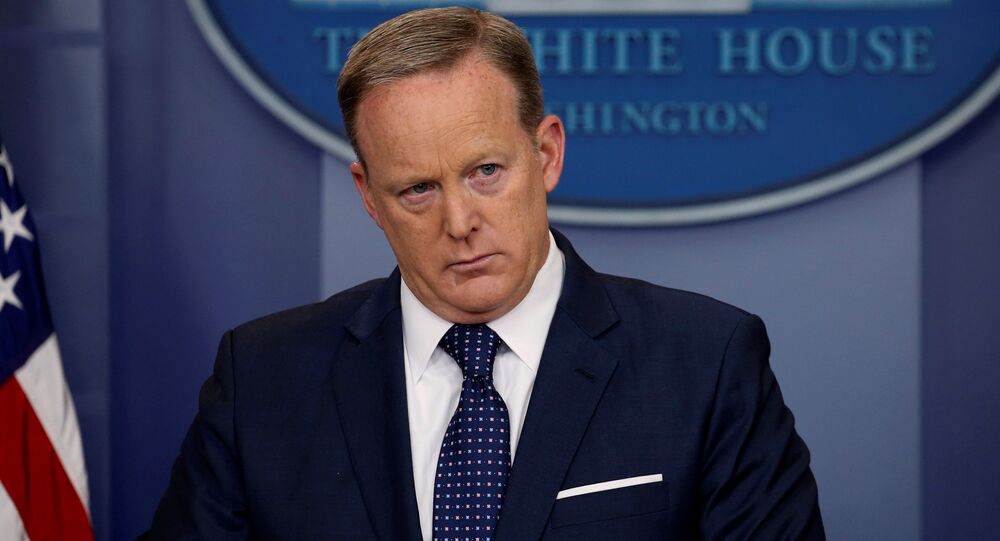 Despite his relatively short tenure as the White House press secretary, Sean Spicer managed to make a number of blunders that caught the eye of media outlets all over the world.

Here’s a brief recap of some of the most memorable gaffes and mistakes committed by Spicer.

Spicer’s first clash with media occurred almost immediately after his appointment as the White House press secretary, when he declared his intent to hold accountable those news agencies that allegedly sought to downplay the number of people that attended US President Donald Trump’s inauguration.

But while Spicer claimed that there was “the largest audience to ever witness an inauguration, period”, a simple comparison of videos recorded back then and during the Barack Obama’s presidential inauguration in 2013 shows that this wasn’t the case.

When puzzled journalists asked the press secretary to clarify this statement, Spicer argued that Hitler apparently didn’t use "the gas on his own people the same way that Assad is doing", adding that the Nazi victims were brought to “Holocaust centers” to be gassed.

The media did not consider this explanation as satisfactory and Spicer later had to apologize for that remark, calling it "a mistake".

For example, during a press briefing on February 14 he referred to Canadian Prime Minister Justin Trudeau as 'Joe Trudeau'.

And earlier, during another press conference, he also apparently managed to mispronounce the surname of Australian Prime Minister Malcolm Turnbull, calling him ‘Trumble’ at least twice.

Nevertheless, Spicer tweeted that is was an honor for him to serve his country and his president, and that he will continue his service through August.

It's been an honor & a privilege to serve @POTUS @realDonaldTrump & this amazing country. I will continue my service through August

Spicer Out as Trump Welcomes Scaramucci as Communications Director