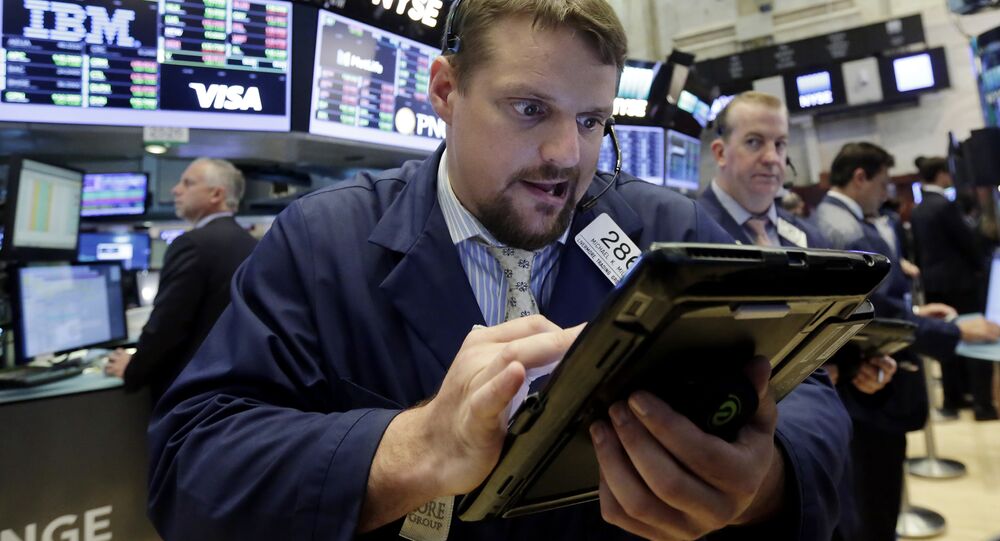 US banks reported sharp losses in their mortgage divisions, with smaller regional lenders exposed to greater risks, despite the losses in big Wall Street banks being larger in scale, meaning only a pickup in disposable incomes will change the situation for the better.

Subsequently, the US debt market is poised to falter as the Fed's policy tightening continues, until the government enables its fiscal stimulus package, producing quicker economic growth and higher wage inflation, allowing for higher consumer demand for credit products.

US mortgage debt outstanding has climbed to $14.4 trln in 1Q17, its highest since the fourth quarter of 2009, when it stood at $14.47 trln, according to the Federal Reserve data. Meanwhile, higher interest rates are preventing potential homeowners from taking on a mortgage loan, even though the 30-year fixed mortgage rates are currently compressed at about 4 percent due to weaker economic growth expectations.

"After fully absorbing the sharp increases in Treasury yields over the past couple of weeks, the 30-year mortgage rate has cleared the psychologically important 4-percent mark for the first time since May," Sean Becketti of Freddie Mac said. "Today's survey rate stands at 4.03 percent, up 7 basis points from last week."

© REUTERS / Mike Blake
Toxic: US Private Banks to Seek Exit From Mortgage Segment Led by Citi
Many US commercial lenders have reported weaker earnings from their mortgage loan issuance in the recent months, not least due to weaker refi activity, and the still high levels of foreclosures and debt insolvencies. Amongst those most affected are smaller regional lenders, who are lacking the massive capitalisation and other ‘too big to fail' benefits that larger Wall Street banks enjoy.

President Donald Trump's agenda of resuscitating the US economy, however, is based off the expectations of higher regional bank activity, including loan issuance. The White House's efforts to deregulate the economy, including by repealing the Dodd-Frank Act and lowering or abolishing reserve ration requirements for banks, have thus far provided only a limited positive effect to the Main Street economy, which smaller regional lenders are essential part of.

According to reports from smaller banks, BB&T Corp's mortgage division income fell by 15 percent in 2Q17 — the expansion in loan issuance has been dismal, and additional and more decisive deregulation, and fiscal stimulus to the economy are deemed crucial to restore mortgage activity. US Bancorp, the largest regional lender, said their mortgage earnings dropped by 11 percent.

"We expect refinance volume will likely drop more than 40 percent this year relative to last year," Mike Fratantoni of the Mortgage Bankers Association said. "With the decline in volume, we are seeing vigorous competition for the loans that are getting done, and profit margins have narrowed for all lenders."

© REUTERS / Toby Melville/Files
US Justice Department Asks Deutsche Bank for $14Bln to End Mortgage Probe
Competition between banks for potential mortgage borrowers has intensified recently, with some lenders embarking on aggressive marketing campaigns, and also offering long-term mortgage rates at below-market levels. In mid-2016, when Fed base rates were 0.5 percent, US 30-year fixed mortgage costs were roughly 3.6 percent. By May 2017, Fed rates moved up to 1.25 percent, and mortgage rates increased to 5 percent.

Now, however, the average fixed 30-year mortgage is just about 4 percent and is facing further downward pressure, albeit Fed rates are 1.25 percent and poised to go up. Longer-term mortgage rate compression is a signal of pessimistic economic sentiment, as it reflects a weakening consumer demand, which is hardly surprising given the $14.4-trillion existing mortgage debt burden, and a persistent wage stagnation.

Larger Wall Street lenders reported even worse mortgage revenue figures, with JP Morgan Chase & Co., Citigroup, and PNC Financial Services having suffered a 33 to 41-percent drop in their respective home loan divisions. These lenders, however, can withstand the existing challenges to the market, and are better prepared for a tougher competition for a potential borrower. Smaller lenders are facing murkier prospects.

The Trump administration's goal is, therefore, to proceed deregulating the financial sector in a way most beneficial for smaller lenders, allowing them to expand the scope of loan issuance. The problem is, whilst the over $1-trillion auto loan segment is becoming increasingly toxic due to rising delinquencies, student debt segment is in limbo, and credit cards have surpassed the $1-trillion mark as well, only a sustainable increase in salaries and wages can help the debt market. Otherwise, it is poised to remain the zero-sum game it currently is, no matter the improvements in broader economic growth.

Toxic: US Private Banks to Seek Exit From Mortgage Segment Led by Citi