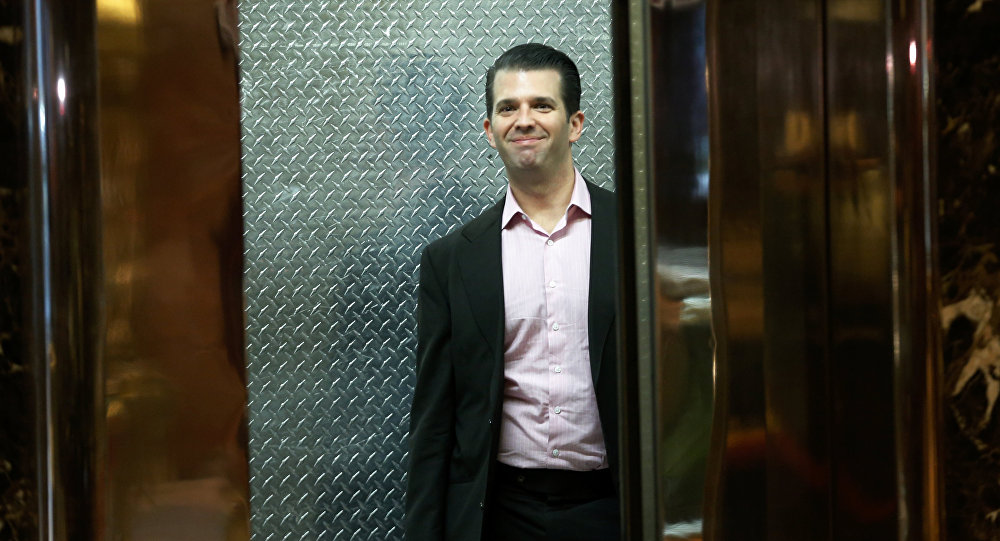 Scandal Over Trump Jr. Meeting With Russian Lawyer ‘Much Ado About Nothing’

Donald Trump Jr.’s lawyer Alan Futerfas has said he believes there have been no grounds for sensationalizing the fact that in 2016, his client met with a Russian lawyer who claimed to possess relevant information about his father’s Democratic Party opponent, Hillary Clinton.

© AP Photo / J. Scott Applewhite
White House Aide Dismisses Claims of Collusion Between Trump Jr., Russian Lawyer
WASHINGTON (Sputnik) — Over the weekend, The New York Times reported that Donald Trump Jr. had held an unreported meeting with Russian lawyer Natalia Veselnitskaya. The Russian lawyer has claimed that the 30-minute meeting focused on the Magnitsky Act and the issue of Russian adoptions by US citizens. On Sunday, Trump Jr. issued a statement, in which he said it had become clear during the meeting that Veselnitskaya had no meaningful information on the Democratic National Committee’s links with Russia-connected individuals.

"In my view, this is much ado about nothing. During this busy period, Robert Goldstone [a music publicist representing Russian pop star Emin Agalarov] contacted Don Jr. in an email and suggested that people had information concerning alleged wrongdoing by Democratic Party front-runner, Hillary Clinton, in her dealings with Russia … Don Jr.’s takeaway from this communication was that someone had information potentially helpful to the campaign and it was coming from someone he knew," Futerfas told the New York Times newspaper in an email on Monday. 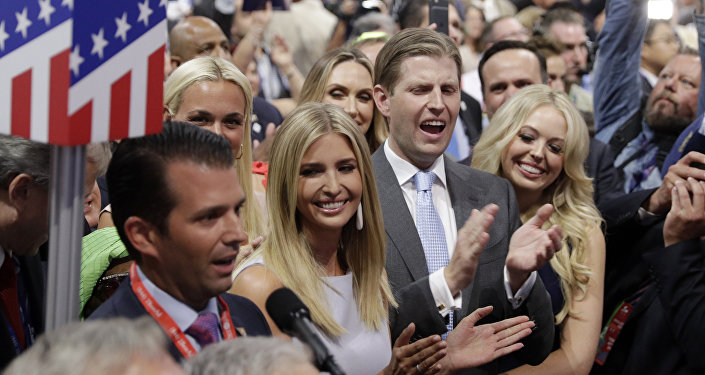 © AP Photo / Carolyn Kaster
Kremlin Comments on Russian Lawyer's Alleged Talks With Trump Jr. Over Damaging Info on Clinton
The newspaper article added that it was unclear if Goldstone himself knew of the origin of the material he was offering Donald Trump Jr., stating that it appeared that the music publicist was passing along information that had traveled through hands of several others.

In a different part of the article, The New York Times states that three people claimed Glodstone’s email indicated the Russian government as the source of the information offered to Donald Trump Jr.

On Monday, Kremlin spokesman Dmitry Peskov said he did not know who Veselnitskaya was.