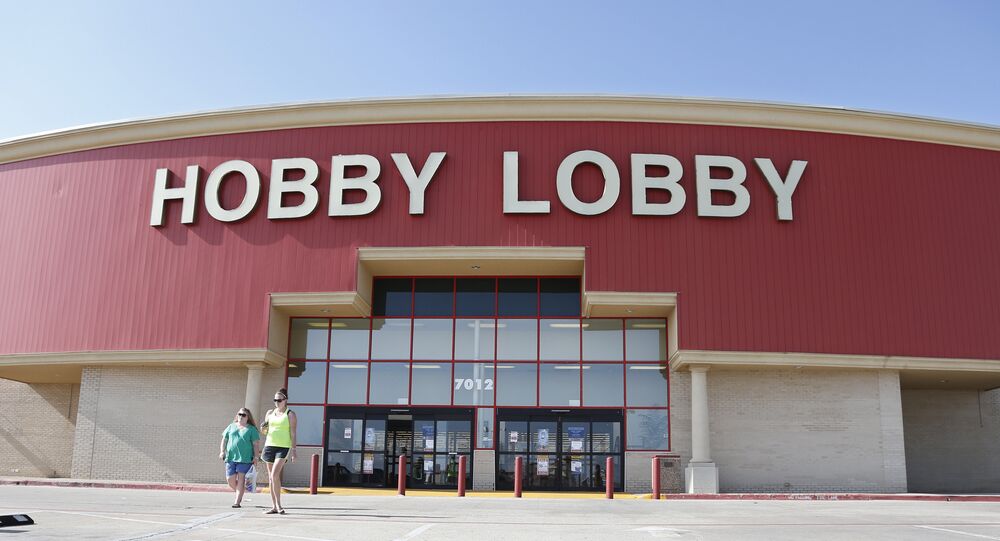 The US Justice Department announced Wednesday that conservative company Hobby Lobby has to give back more than 5,000 ancient artifacts that were allegedly illegally taken out of Iraq.

A DOJ press release states that Hobby Lobby President David Green personally struck a deal in 2010  to buy thousands of cuneiform tablets, cylinder seals, bricks and clay bullae for $1.6 million. The Department says these artifacts were smuggled into the US from modern day Iraq through the United Arab Emirates (UAE), thus violating federal law.

The stolen items were then shipped to Hobby Lobby stores with label that "falsely and misleadingly described their contents" as "samples."

"The acquisition of the Artifacts was fraught with red flags," the DOJ said in a statement, detailing a number of irregularities like the company receiving conflicting reports about where the items were stored prior to being shipped to UAE for inspection, Hobby Lobby representatives not meeting or communicating with the dealer, and wiring money to seven bank accounts in other people’s names instead of paying the dealer directly.

Hobby Lobby went through with the sale even after being warned by an expert that the items were likely stolen from archaeological sites in Iraq. In 2011, US Customs and Border Protection (CBP) intercepted five of the artifacts.

The company will "submit quarterly reports to the government on any cultural property acquisitions for the next eighteen months," and must pay a fine of $3 million.

This illegal acquisition may be related to Hobby Lobby’s reported effort to open a Museum of the Bible in Washington.

Established by evangelical Christians, Hobby Lobby won a Supreme Court case in 2014 ruling that the Affordable Healthcare Act introduced by former US President Barack Obama could not compel the company to cover birth control on its health insurance if it interferes with their religious beliefs.

States Based on Religion ‘Doomed to Failure’: Syrian Grand Mufti