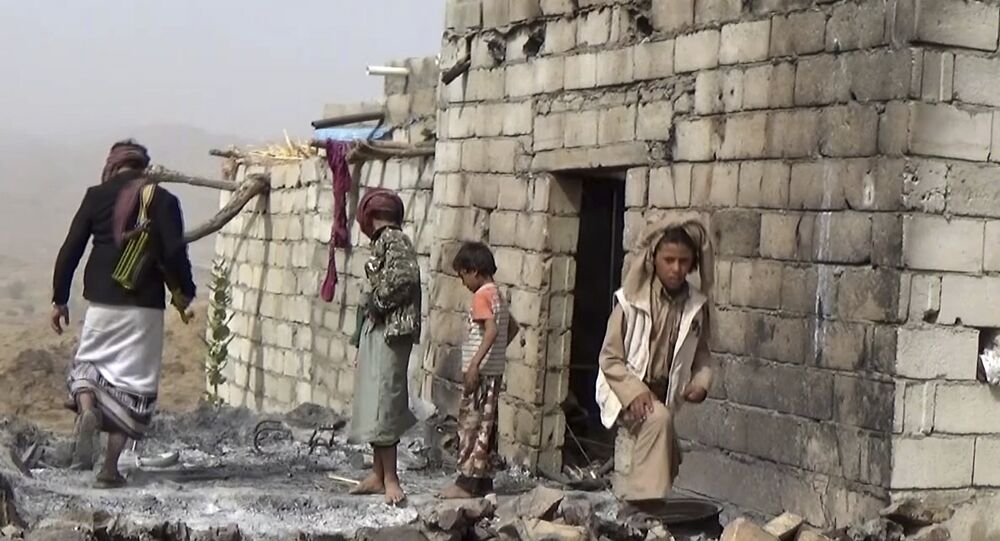 Human Rights Watch (HRW) is urging US lawmakers to use their oversight powers to press the White House for answers on whether American troops were complicit in the torture of detainees in Yemen, HRW US National Security Council Laura Pitter told Sputnik on Friday.

WASHINGTON (Sputnik) — A report in the Associated Press said detainees are being tortured at 18 secret prisons in Yemen run by the United Arab Emirates (UAE) or by UAE-trained Yemeni officials.

According to the report, US personnel take part in interrogations at the prisons in Yemen and may have therefore been complicit in the torture of detainees.

"We are urging lawmakers to exercise their oversight role to get answers from the US administration about how such an interrogation policy could be authorized and are pressing with our public and private advocacy for answers," Pitter said.

© AP Photo / Lynne Sladky, File
Yemen Torture Report: Has US Resumed the Practice of 'Enhanced Interrogation'?
Pitter said HRW was working to independently verify whether US forces were complicit in the detainee abuses in Yemen. But she noted that several US defense officials who were interviewed by the Associated Press already acknowledged that US forces have been involved in interrogating detainees in Yemen.

If US forces interrogated detainees who are abused, they could risk complicity in torture, which is a violation of international law.

"The US did confirm a lot in the AP story already. We have a lot of concerns about what they have already admitted to," Pitter said.

According to the report, extreme incidents of torture took place at the 18 clandestine prisons, including one practice called the "grill," which involved spinning prisoners on a pole over a fire.

US State Department spokesperson Rankine-Galloway told Sputnik on Thursday that the Defense Department had not received any credible evidence that its forces were involved in any abuses in Yemen.