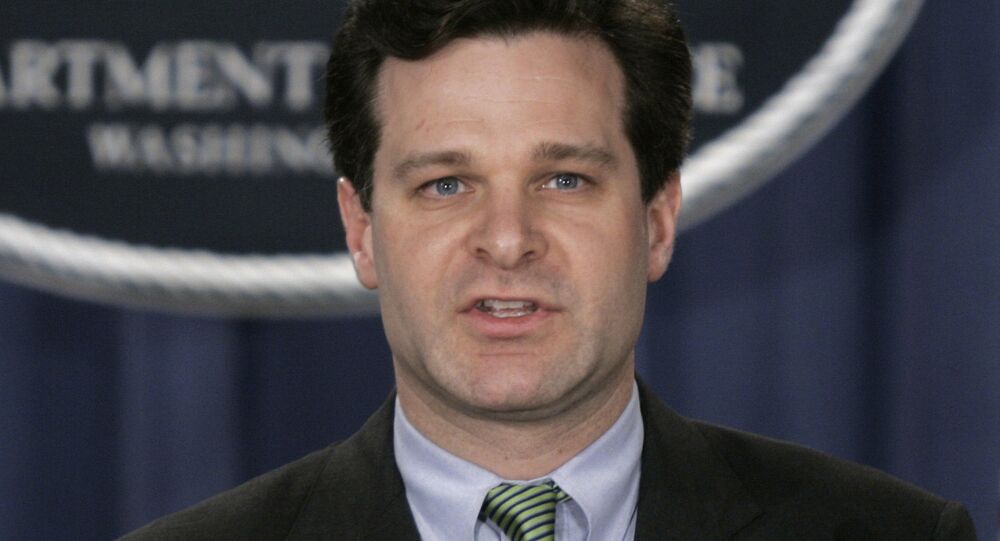 Christopher Wray: What to Expect From Next FBI Chief

US President Donald Trump stated that he would nominate criminal defense attorney Christopher Wray as the new FBI head. In an interview with Radio Sputnik, political expert Alexander Domrin commented on Trump's decision.

© AFP 2021 / Mandel NGAN
Comey Says Many Reports on Russia Allegedly Based on Classified Info Were 'Dead Wrong'
According to the expert, Wray has a rather remarkable biography.

"He is an interesting person. He worked in the Department of Justice with US Attorney General John Ashcroft, one of the 'hawks' of George W. Bush's era. He graduated from Yale Law School — the best law school in the United States," Domrin said.

The expert also recalled that after retiring from civil service, Wray started working with King & Spalding, one of the most powerful American law companies.

"The curious fact is that one of the customers of this company is Rosneft, the fact that immediately caused a stir among Trump's opponents," Domrin noted, adding that most of them started again pointing at Trump's alleged ties with Russia.

"But in fact, Christopher Wray didn't work with Rosneft, and King & Spalding is a huge law firm," Domrin noted.

The expert also noted that the new FBI head is supposed to meet certain expectations.

"The most important thing, of course, is not Christopher Wray himself, but the fact that he is expected to 'catch the mice.' He must be a 'functional person' and not flirt with politics, as his predecessor James Comey did and for what he paid with his post," the expert concluded.

© REUTERS / Carlos Barria
US Congressmen Ask for Additional Data from Justice Dept., FBI on Comey Firing
Earlier on Wednesday, Trump announced on Twitter that he would nominate Christopher Wray to be the next FBI director.

"I will be nominating Christopher A. Wray, a man of impeccable credentials, to be the new Director of the FBI. Details to follow," he wrote.

Wray will replace former FBI Director James Comey, whom Trump dismissed in May, stating that Comey is incapable of further performing his duties. Trump has indicated that he considered the FBI's investigation into Russia's alleged involvement in the 2016 election when he fired the director.