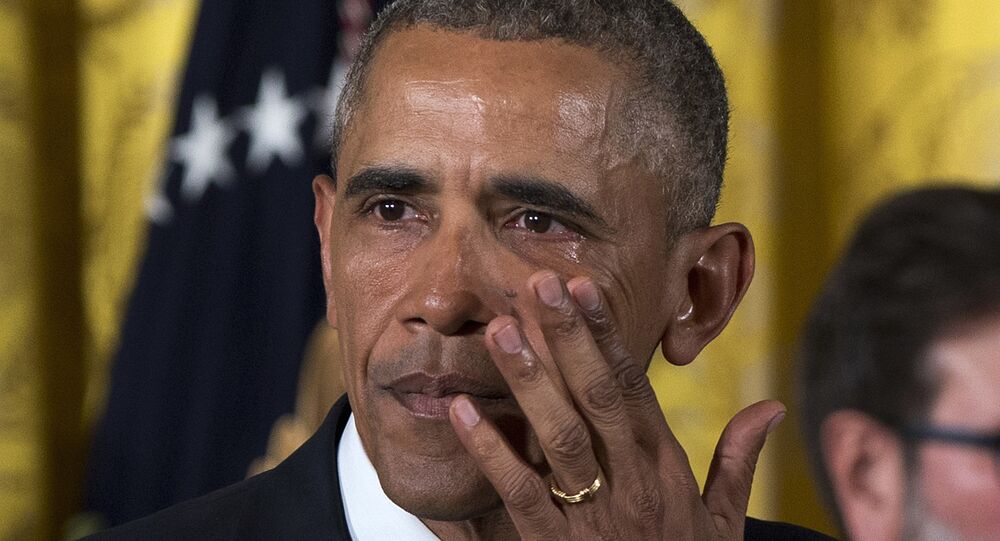 Democrats should direct their frustration over President Donald Trump’s exit from the Paris climate accord at former President Barack Obama, who never submitted the agreement to the US Senate for ratification, Senator Bob Corker said in a statement on Friday.

WASHINGTON (Sputnik) — Obama never used the word "treaty" in describing the 195-nation Paris agreement, because the US Constitution requires all treaties to be confirmed by a two-thirds vote in the Senate.

"The left's anger about the Paris climate agreement should be directed at President Obama," Corker wrote in the statement via Twitter. "Unlike France and Germany, President Obama purposely chose not to have the Paris agreement ratified by the Senate."

If the Paris climate deal was so crucial to the future of the world, then Obama should have been willing to ratify it as a treaty, Corker noted.

© Sputnik / Vladimir Astapkovich
Putin Jokingly Blames Trump for June Snow in Moscow Amid US Exit From Paris Climate Deal
On Thursday, Trump announced the United States would withdraw from the Paris accord, saying that the deal would harm the US economy.

The move has been widely criticized by many, including the Democrats, environmentalists and the international community.

Trump's decision continues his administration's attempts to reduce former US President Barack Obama's legacy to nothing following the moves to withdraw from the TPP free trade deal, as well as to review several environmental initiatives of the previous administration.

The Paris Agreement on climate change was adopted in December 2015 at the 21st UN Climate Change Conference (COP21).

The deal aims to limit global average temperatures to less than 2 degrees Celsius above pre-industrial levels, with parties to the deal agreeing to cut their emissions in accordance with the proposed plan. The agreement took effect November 4, 2016.

Paris Deal Not Subject to Renegotiation Despite US Withdrawal – EU Commissioner